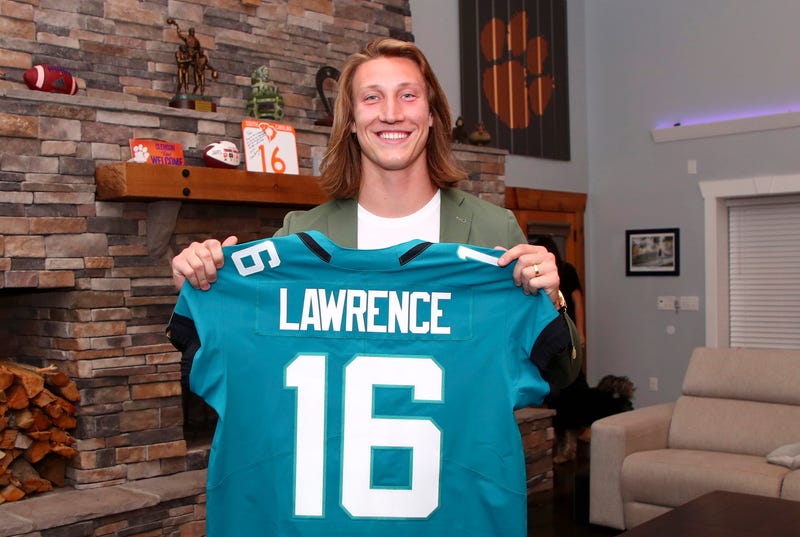 Three quarterbacks predictably went at the top of the NFL Draft for the first time in 22 years, even if the third name was a surprise to many. This may be the wave of the future. Elite quarterbacking is such a rare commodity, that teams are constantly desperate for it and impatient in its development.

Three years ago, the Jets felt they solved it. Last night, they found themselves in the same position after jettisoning Sam Darnold. The 49ers felt they had solved their situation under center when they traded a second-round pick for Jimmy Garoppolo and gave him a huge contract. He helped lead them to a Super Bowl, yet his bosses still wanted an upgrade last night. And the Jaguars have found themselves drafting signal-callers early for years (Blake Bortles, Blaine Gabbert, Byron Leftwich), and did so again with the first pick.

The future of the first round may be the top-ranked quarterbacks all being taken 1-2-3, and then the rest of the draft getting started after that. Which brings us to my immediate reactions:

Jaguars: There's no flaw in Trevor Lawrence's game. His numbers were insane (108 total touchdowns vs. 17 interceptions) in three years at Clemson. The Jags changed their fortunes for a decade with this pick. It should have been the Jets, but they mistakenly beat the Rams on 12/20/20, a date that will forever live in infamy for Jets fans. Lawrence is absolutely a top-five quarterback in this league within a few years.

Jets: Zach Wilson has a lot of highlight throws, but now he has to prove he can make the simple ones. He said the right things about wanting to play for the Jets, but he still has to navigate the overall cynicism of the fans and media. He also has to overcome the organization's penchant for dysfunction and gagging. There's a big difference between being haunted by generational negativity and being the golden boy in Provo, Utah. Wilson is cheery and bushy-tailed right now. How long will that last?

49ers: If Kyle Shanahan had drawn up a play-fake as effective as the Mac Jones smokescreen, the Falcons would have a Super Bowl banner. Personally, I think there are two star quarterbacks in this draft: Lawrence and Trey Lance. Beautiful move by the Niners. Let Jimmy G. start this year. Trey Lance learns for a season. In 2022, you put Lance under center with a great ground game and defense. He's going to be great with this structure. Winning formula. Love the game plan.

Falcons: Fans in Atlanta are going to have 20 straight years of Hall of Fame receivers. First Julio Jones, now Kyle Pitts. He's going to wreck defenses. He's not as bulky as Tony Gonzalez, but his dominance could be similar. TG put up crazy numbers when the Chiefs had those complimentary weapons in the early 2000s. Sounds a lot like this Falcons offense. Pitts is so good, you can't afford to pass him -- even if you need help in other places. 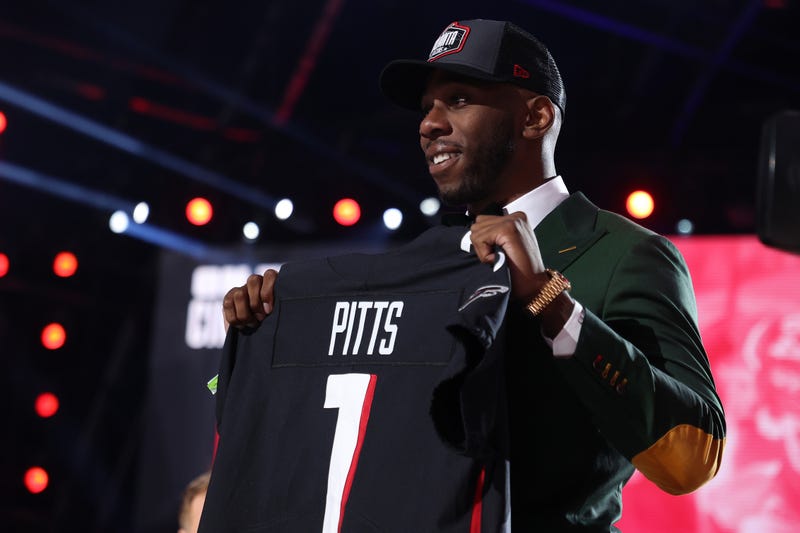 Dolphins: No excuses now for Tua. He's been given elite talent at wide receiver with Alabama's Jaylen Waddle. He's got a good set of receivers. Solid coaching. Physical defense. The Dolphins could have helped the offensive line with Oregon tackle Penei Sewell, or add a playmaker to the defense like South Carolina corner Jaycee Horn, but instead, they gave Tua a gamebreaker. Now we have to see if the quarterback can maximize that.

Panthers: Passing on Justin Fields is an interesting move -- they apparently believe Sam Darnold is worth the investment. They took Horn to help that defense lock down on one side of the field. Plenty to like about the shutdown corner, and an important part of a team that needs roster help in a lot of places. But Darnold better grow into a legit starter, and quickly.

Eagles: They got a dynamic player who feels like the second coming of DeSean Jackson. Talk about overshadowed. DeVonta Smith was the first wideout to win the Heisman Trophy in 30 years. Yet, he was the third player at his own position drafted. The Eagles desperately need targets because of poor drafting and roster building recently. Smith is a great fit to help Jalen Hurts.

Bears: What's this strange, unnerving feeling? We can no longer clown Ryan Pace for his awful quarterback decisions? I'm so lost now. Love this move by the Bears. Hoping that Andy Dalton was a franchise quarterback always seemed doomed. But inserting Ohio State's Justin Fields into that void gives the organization renewed optimism that they finally solved the position. Shrewd decision making by the Bears' front office to trade up and grab him. It may have also bought them an extra year of patience from ownership.

Chargers: Is that offensive line help for Justin Herbert? Wow, smart decision-making starts immediately after head coach Anthony Lynn leaves town. They almost had Herbert's head taken off multiple times last season. Thank goodness they recognize the need for his safety. Northwestern tackle Rashawn Slater should be one of the anchors in the trenches for years with Herbert.

Patriots: The biggest risk in this draft might be taking quarterback Mac Jones this high. Had the Pats not selected him, Jones could have slipped out of the first round altogether. Jones had a lot of talent around him at Alabama, including an absurd four first-round receivers. Jerry Jeudy, Henry Ruggs III, Waddle, and Smith were a coverage advantage on every play. We'll see what Jones does without that type of benefit everywhere he looks. But even if he's just good, not great, we really need to stop comparing Tom Brady to rookie QB's. We don't ever say, "Yeah, this NBA pick plays the game a lot like Michael Jordan." He's Tom-freaking-Brady. No one will ever play like him. Ever. The analysts comparing Mac to Brady went too far last night.