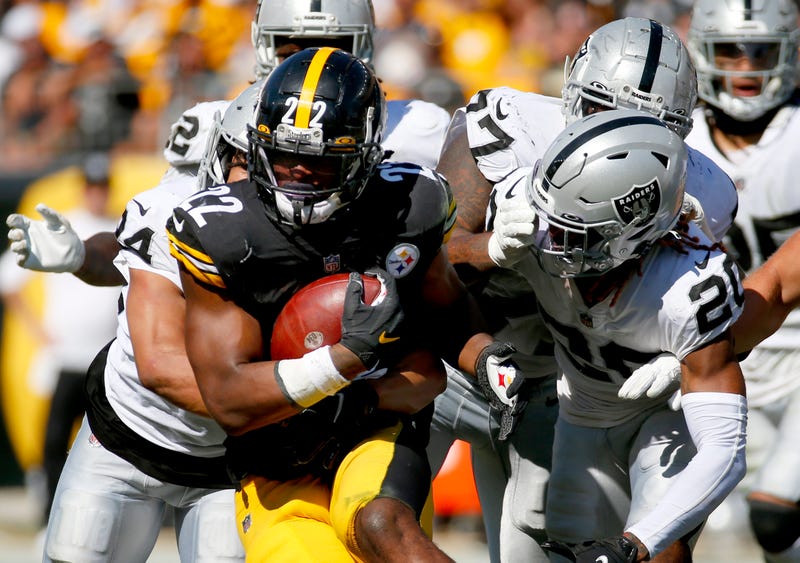 The NFL promotes its schedule release far better than any other pro league, employing a slow drip of matchups to build up momentum for the mid-week crate drop. With apologies to Bills-Rams (the 2022 opener) and Bills-Chiefs (AFC playoff rematch), these are the best games of the upcoming season.

No. 5: Cowboys at Packers, Nov. 13 -- This has that good ol' fashioned revenge factor involving an all-time grudge-fueled star. Packers quarterback Aaron Rodgers always seems to be aiming to dunk on someone, whether on the field or with a microphone. His frosty relationship with Mike McCarthy was relatively public for years. While the Cowboys are never to be taken seriously as title contenders, this should be an intriguing matchup of dueling football brains. Does McCarthy know the weaknesses or tendencies of Rodgers to stymie the quarterback? Or will Rodgers' frustration from wasted seasons under McCarthy manifest into touchdowns? A big-brand grudge match at Lambeau Field is always great theater.

No. 4: Bengals at Browns, Oct. 31 -- A Halloween night in the Dog Pound as between hated in-state rivals? Plus, Cincinnati is the reigning AFC champ, but was swept by Cleveland last season (although they rested starters in the finale). Joe Burrow opposing embattled quarterback Deshaun Watson should be an awesome matchup for a long time. They'll play in Cincy in December, but a Monday night tilt with the freaks and creatures showing out is the type of scene that should make for great theater.

No. 3: Raiders at Steelers, Dec. 24 -- Fifty years ago, these two teams combined for the most famous -- and controversial -- play in league history. It'll be nearly 50 years to the day that Pittsburgh defeated Las Vegas on the "Immaculate Reception." The win sent the Steelers to the AFC championship. This matchup is merely a Week 16 matchup on NFL Network, but it's a stand-alone primetime game on a Saturday. And echoes will be heard in Pittsburgh. Great job by the NFL, finding a way to honor the most iconic moment. Derek Carr against Kenny Pickett isn't exactly Ken Stabler opposing Terry Bradshaw. But, beggars can't be choosers here.

No. 2: Chiefs at Bucs. Oct. 2 -- This matchup moves into the second slot due to the Super Bowl significance. Not only was Patrick Mahomes opposing Tom Brady one of the greatest big-game quarterback pairings ever, this could be Brady's final ride. With $375 million calling him in the offseason to work TV, the epic Brady duels in primetime are coming to a close. The Chiefs are once again title contenders, even if the rest of the AFC West has made big moves to catch up. With Todd Bowles taking over as head coach, it's also a stiff and early test of his acumen, prepping the Bucs for big games. Fire the cannons!

No. 1: Packers at Bills. Oct. 30 -- The football world gets this matchup just once every four seasons -- and not since Josh Allen was a rookie. Green Bay smashed Buffalo, 22-0, in 2018, but things are much different now. The Bills are title favorites, and this game will be in Orchard Park. Is this a Super Bowl 57 preview? Rodgers is coming off back-to-back MVP seasons, searching for that elusive late-career ring. But, Allen and the Bills may get there first. It's a Sunday night, so the lights will be bright. Bills Mafia will have an entire day to get loud and liquored. The scene will be amazing, hope the game matches it.