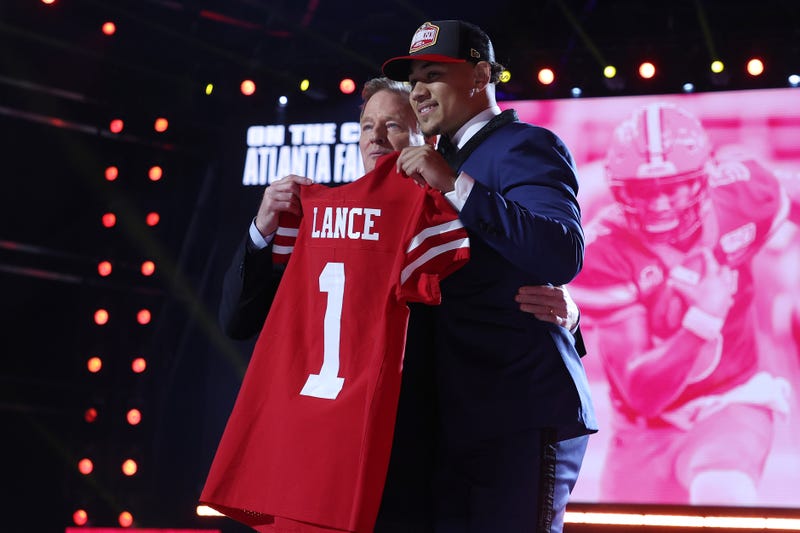 The San Francisco 49ers demonstrated the art of the smokescreen.

After weeks of endless speculation and posturing, weeks of draft analysts expressing confidence that the third overall pick would be used on Alabama quarterback Mac Jones, San Francisco simply went against the grain on Thursday night. Rather than drafting the betting favorite in Jones, the 49ers selected North Dakota State's Trey Lance instead, anointing him their quarterback of the future.

"It was a little bit of a shock to me, because I really had it in my mind that they were taking Mac Jones," Caskey said. "But that's the way a lot of these teams are working these days. They're so worried about someone in the building leaking it out, because everybody has friends now in the media, and everybody has friends who has friends in the media, and the second that a little bit slips out of the building, it goes wildfire. And I think we all know that.

"I know [in my time] with Detroit, it was run a lot like that. Even us, down the hallway, there were a lot of things we didn't know. We had an idea, but we didn't know that, and then we found out as the night went on as well."

Lance, who entered Thursday as the fourth-best quarterback on Pro Football Focus' NFL Draft Big Board, was undoubtedly the most compelling prospect in this year's class. The 6-foot-4, 226-pound redshirt sophomore played just 19 games across three seasons at North Dakota State, racking up 4,272 yards of total offense with 30 passing touchdowns and 18 rushing scores.

Due to Lance's overall inexperience and career against FCS-level competition, the 49ers will likely rely on incumbent starter Jimmy Garoppolo this upcoming season. But it shouldn't take too long for Lance, who's shown big-play potential and mental toughness, to take over the reins.

"[Lance will be] a little bit of a project, because it's hard to simulate the speed of the game if you haven't played it," Caskey said. "You can go watch film, you can go out and do workouts, but the speed of the game is going to be something he's going to have to catch up to, just by not playing for that long. The level of football? Yeah, it's different. But North Dakota State also plays at a very, very high level of what they do. And it wasn't this kid's fault that he didn't play last season, he only played one game... So, I'm sure that he'll come right back around pretty quickly."

Lance became just the sixth quarterback from an FCS program selected in the first round during the common draft era.

The entire NFL Draft conversation between Caskey and Lawrence can be accessed in the audio player above.