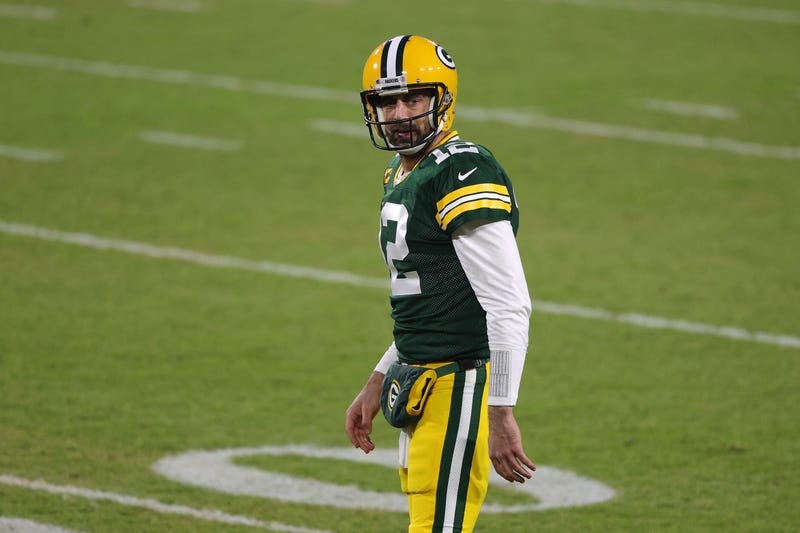 That's the message general manager Brian Gutekunst told reporters late Thursday night following the first round of the NFL Draft, hours after ESPN insider Adam Schefter reported that the reigning league MVP has become "so disgruntled" with the franchise that he's told some people within the organization that he doesn't want to return.

But, at this point, is an acrimonious divorce between the Packers and Rodgers inevitable?

"This conversation was not put to bed last night with the Green Bay press conference and Brian Gutekunst. Rodgers is going to say something else. This is going to continue. This was not simply Aaron Rodgers saying, 'Hey, I'm going to make some noise at the start of the draft so that maybe they take a wide receiver, then I'll shut up and be happy and I'll sign my contract.'

"Again, we don't have to know Aaron Rodgers personally. We've been in his sphere now long enough to know he doesn't operate like that. So, this is going to take a while... I don't believe that Aaron Rodgers is going to be playing much longer for the Green Bay Packers."

In 16 regular season games last season, Rodgers completed a career-high 70.7-percent of his passes for 4,299 yards with 48 touchdowns and just five interceptions. The 37-year-old also set three NFL records in 2020, which included the most games with a passer rating over 120.0 in a season (10) and the most games with three-plus touchdowns and no picks in a season (9).

According to Spotrac.com, Rodgers has three years remaining on his contract with the Packers, and his cap hit of $37.2 million this upcoming season will lead the NFL.

The entire Rodgers-Packers conversation between Jones and Reiter can be accessed in the audio player above.