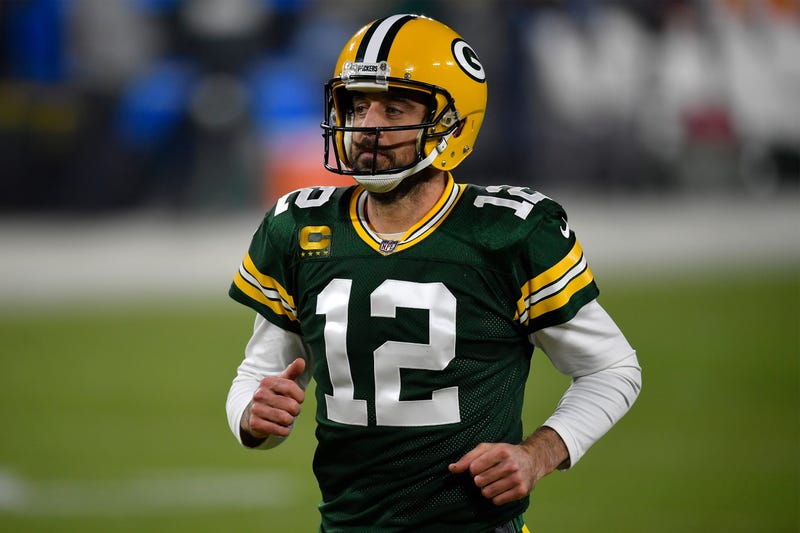 The Green Bay Packers have remained adamantly opposed to the notion of trading veteran quarterback Aaron Rodgers. But, if an acrimonious divorce is inevitable, consider the Denver Broncos a team interested in acquiring Rodgers' services.

According to ESPN reporter Dianna Russini, there's a growing belief around the league that Rodgers isn't going to play for Green Bay in 2021, and that Denver is the favorite to acquire the reigning league MVP, should he be made available in the coming months.

During Tuesday's edition of the JR SportBrief show, JR discussed the possibility of Rodgers playing for the Broncos, and how the move could shape future AFC playoff pictures.

"The Denver Broncos are a perfect destination for Aaron Rodgers," JR said. "And I think if he goes anywhere, as this plays out over the next several months, I think the Denver Broncos are the spot. And look, you can try all you want over the next several years at just grabbing quarterbacks and playing Russian roulette with them, just moving them around like chess pieces. None of them will work like Aaron Rodgers.

"The Denver Broncos need a quarterback. I'm sorry, Drew Lock and Teddy Bridgewater? They ain't it. And if Aaron Rodgers is going to go anywhere, I think the best spot for him is the Denver Broncos. I think that would be the best move for the man."

Last Friday, NFL Network's Ian Rapoport reported that Rodgers -- who completed a career-high 70.7-percent of his passes for 4,299 yards with 48 touchdowns and just five interceptions last season -- is seriously considering retirement as an option unless the complicated situation with Green Bay is "repaired to his liking." Although this phrasing is ambiguous, Rapoport's news came roughly 24 hours after ESPN's Adam Schefter reported that the "disgruntled" Rodgers no longer wants to play for the Packers.

If the 37-year-old does in fact retire, he would have to repay the Packers $11.5 million in each of the next two years, per Rapoport.

According to Spotrac.com, Rodgers has three years remaining on his contract with Green Bay, and his cap hit of $37.2 million this upcoming season is expected to lead the NFL.

JR's complete thoughts on the Rodgers-Broncos trade rumor can be accessed in the audio player above.