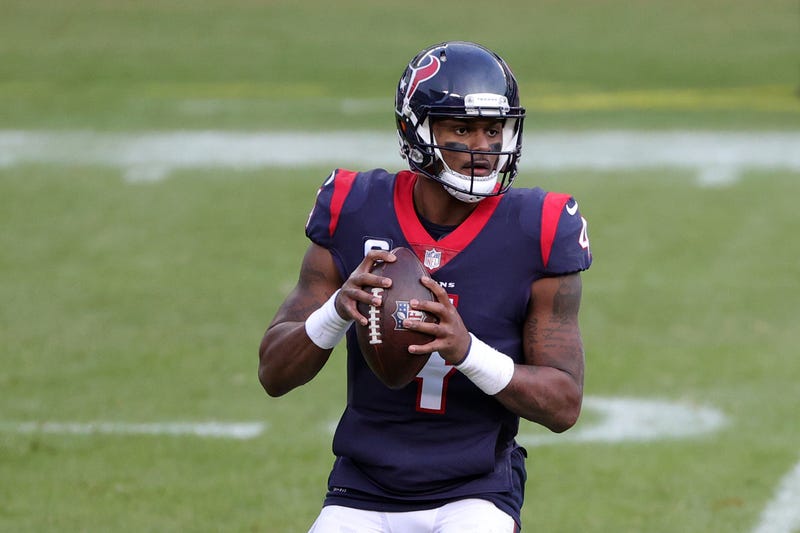 A blockbuster trade involving embattled quarterback Deshaun Watson could soon transpire, as John McClain of the Houston Chronicle recently reported that the Houston Texans and Miami Dolphins are in discussion to complete a deal before the NFL's trade deadline on Nov. 2.

During Wednesday's edition of the JR SportBrief show, JR discussed the new trade rumors, and what Watson's departure from Houston would mean for the Dolphins and the league.

"There's tons of reasons, tons of people who might butt against this. But we live in such a world where, what people are yelling about today, they'll find something else to yell about tomorrow," JR said. "So, Deshaun Watson, if he is traded this week, the Dolphins might hear about it... But if we study and take a look at history, take a look at the NFL, this will go by. Watson will play.

"And the reality is, he's likely to be suspended whether he's guilty or not. He put himself in this position, there's likely going to be a suspension coming. And if you're the Dolphins, this season's a wrap. You can build toward next season... PR-wise, this might not be a pretty move -- not at the beginning. But if you strictly want to talk football, Watson to the Dolphins makes all the sense in the world. We just have to see how the timing works out."

Watson, who's been listed as inactive, is facing 22 lawsuits alleging acts of sexual assault and misconduct and 10 criminal complaints. Although the 26-year-old reported to Texans training camp on time to avoid daily holdout fines, he hasn't played a single snap this season, and remains under investigation by Houston police and the NFL.

NFL commissioner Roger Goodell has yet to place Watson on the exempt list, which would keep him from playing but allow him to get paid until his legal matters are resolved. Texans general manager Nick Caserio has reportedly asked for three first-round picks plus two second-rounders in exchange for Watson, whose four-year, $156 million extension doesn't kick in until 2022.

JR's complete thoughts on the Texans-Watson rumors can be accessed in the audio player above.