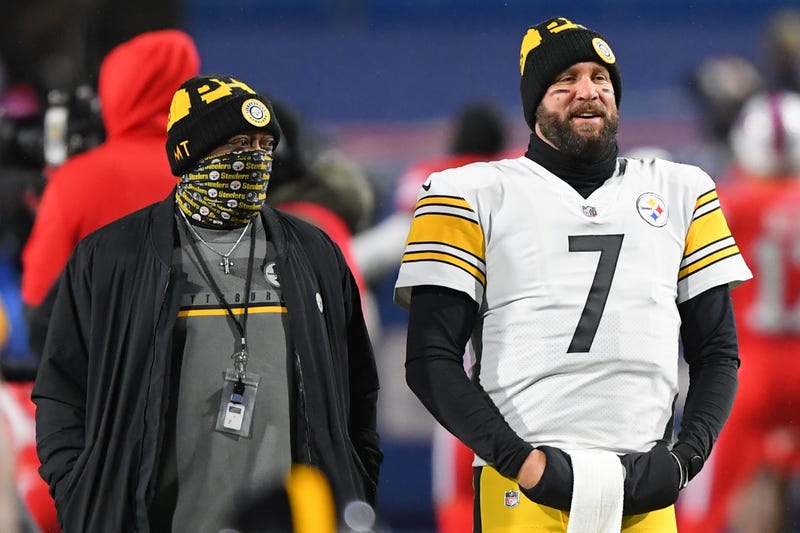 When the Pittsburgh Steelers signed Mike Tomlin to a three-year contract extension back on April 20, it signified ownership's confidence in the longtime head coach leading the franchise into the post-Ben Roethlisberger era.

So, does this mean the time has come for Pittsburgh to find Roethlisberger's successor, and draft a quarterback this upcoming weekend? According to Steelers general manager Kevin Colbert, the answer is, well, definitely maybe.

"Again, wide open to all of it,” Colbert said during a press conference on Monday. “If you look at our current depth, obviously we have four NFL veteran quarterbacks on our roster, which I feel great about. We also have three of those four that are in the last year of their so-called deals, when you look at it realistically. So, it’s an unusual group in that we do have four. Can you add a young one? Absolutely. We always have to be on the look for that next guy and try to predict the value of taking that player at that position because most likely, a young quarterback won’t play for the Pittsburgh Steelers in 2021..."

During Tuesday's edition of the JR SportBrief show, JR reacted to Colbert's comments, and shared his point of view on the Steelers' draft situation.

"If I'm the Steelers and I'm Mike Tomlin, and I just got an extension for a few years and I'm going to have a little bit of a runway... We know the Steelers don't make rash decisions," JR said. "We know they're a stable organization. Ben Roethlisberger will get a hero's farewell when it's time to go. He will get a nice statement, he will get a nice thanks, he will go into the Ring of Honor, he will go into the Pro Football Hall of Fame. But his replacement... If I'm the Steelers, is it time to draft Ben Roethlisberger's replacement? I think the answer is yes.

Pittsburgh, which currently owns the No. 24 overall pick, will have Roethlisberger returning for what could be his final season as the franchise's starting quarterback. In 2020, the 39-year-old veteran played in 15 games, and threw for a total of 3,803 yards with 33 touchdowns, 10 interceptions, and a 65.6 completion percentage.

According to Spotrac.com, the estimated total value of the 24th overall pick's contract is $12.4 million, and the estimated signing bonus is $6.4 million.

JR's complete thoughts on the Steelers can be accessed in the audio player above.