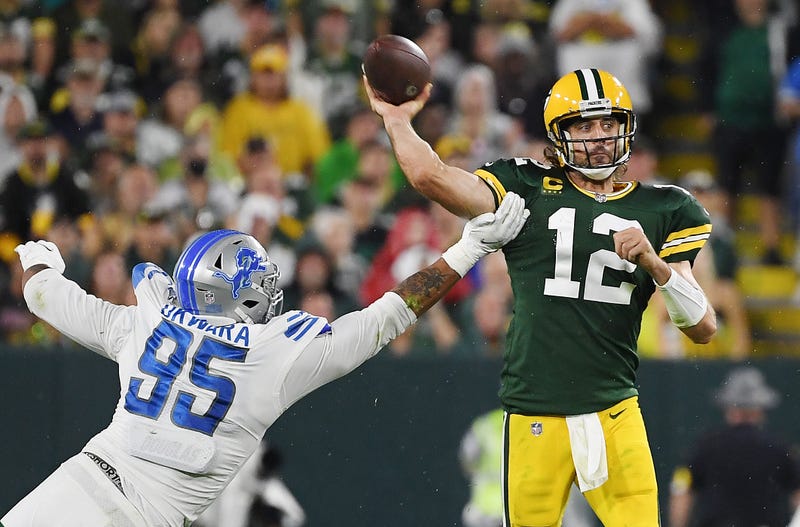 The Green Bay Packers have silenced their doubters. Well, at least for a week.

A primetime game at Lambeau Field proved to be the remedy to the team's season-opening woes, as the Packers roughed-up the Detroit Lions, 35-17, on Monday night. Following the game, Aaron Rodgers -- who threw for four touchdowns -- told reporters that it was nice to "get the trolls off our backs."

"I like Rodgers. I'm cool with what he did in the offseason. But I'm tired of the guy," JR said during Monday's edition of the JR SportBrief show. "Just go play. Just, please go play. Am I the only person tired of hearing about Rodgers? I've reached a point. I was cool with him sticking up the Packers. I was fine with all of that. But I'm sick of the guy now. Just shut up.

"Is he too combative? Are you tired of him? I know people have called him a diva. Please, Rodgers, go play football. You beat the Lions tonight. The Lions. Let's not act like you went out there and had an amazing performance against one of the best."

Rodgers' effort wasn't questioned on Monday night. The reigning league MVP completed 22 of 27 passes for 255 yards and four scores, three of which went to halfback Aaron Jones. It was Rodgers' seventh career game with at least four touchdowns and an 80-percent completion rate -- only Drew Brees and Peyton Manning, with eight apiece, have more in NFL history.

Green Bay (1-1) will visit the San Francisco 49ers (2-0) in a Week 3 matchup on Sunday night. According to FiveThirtyEight's projections, the Packers currently have a 59-percent chance to reach the playoffs, and a 53-percent chance to win the NFC North.

JR's complete thoughts on Rodgers and the Packers can be accessed in the audio player above.