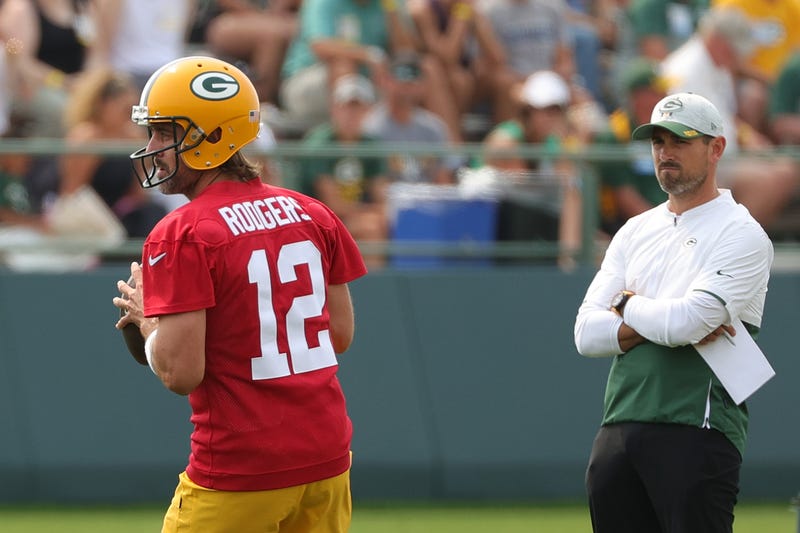 Green Bay Packers general manager Brian Gutekunst -- the antagonist in Aaron Rodgers' story about his offseason-long holdout -- told reporters on Wednesday that the reigning league MVP has "earned a place at the table" when it comes to involvement in personnel conversations and decisions.

Whether or not star players should have a say in front office matters, Rodgers is an outlier -- he candidly told reporters so -- and JR believes it's time for the veteran quarterback to finally be regarded as one.

"When you have great people, you treat them differently. They're an important part to your success," JR said during Wednesday's JR SportBrief show. "The Green Bay Packers over the past 10-plus years, they would've been hot trash without Aaron Rodgers. All these NFC Championship games -- that people event lament the fact of them going to and losing -- there wouldn't have even been an appearance without Aaron Rodgers.

"As much as he's driven me crazy over the past several months, I've got to agree with him there. He is an outlier. He's a Hall of Fame quarterback. He's one of the best that you've got, and it's highly unlikely that things get better when Aaron Rodgers is out the door... Aaron Rodgers didn't tell any lies today. He's an outlier. He should be treated differently. Because he has more of an effect on whether the team wins or loses than anybody else..."

Last season, Rodgers completed a career-high 70.7-percent of his passes for 4,299 yards with 48 touchdowns and five interceptions. The 37-year-old also set three NFL records -- including the most games (10) with a passer rating over 120.0 in a season -- and led the Packers to an NFC title game at home.

According to the William Hill Sportsbook, Green Bay is currently the favorite (-150) to win the NFC North division, and has the third-best odds (+650) to win the conference.

JR's complete thoughts on Rodgers and the Packers can be accessed in the audio player above.