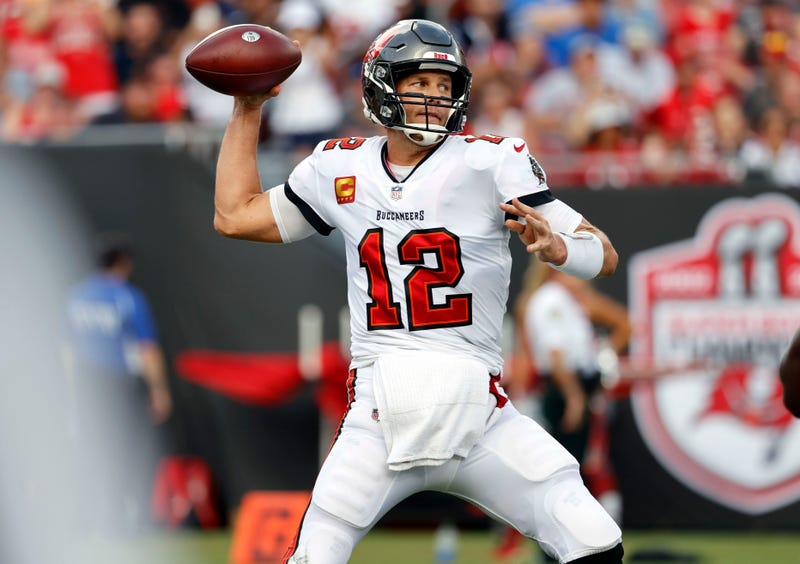 Tampa Bay Buccaneers quarterback Tom Brady has doubled down on his recent criticisms of the NFL's rules and evolution, as earlier this week, he told SiriusXM NFL Radio's "Let's Go!" podcast that the game is "a little softer than it used to be."

During Thursday's edition of the JR SportBrief show, JR addressed Brady's comments about the NFL's gameplay, and discussed the validity of them.

"I think we all can agree that the game has gone soft," JR said. "But if you want to make the game more palatable, easier to watch, something everyone can enjoy, please, tell the referees to swallow the damn whistles. Especially when it comes to the quarterbacks. We get it, they're the most important, highest-paid players out there... One of the worst things about the NFL are the penalties, that they're not consistent...

"Yes, the NFL game is changing, but the rules have to change with it. The players aren't soft. Some of the rules and rule enforcement, this has been soft. And the NFL can do better and be better, and I think the fans deserve better... This is still the NFL, let's have some physicality and stop being soft. And the way you fix that isn't with rule changes, but by telling the referees, 'Hey, stop blowing the whistle for every single ticky-tack foul."

Brady's opinions on the league's style of play aren't new. Earlier this month, during a Q&A session with Bucs players, he voiced his frustrations with the NFL, thoroughly explaining how rule changes designed to protect offensive players are a "disservice to the sport" and often "penalize defensive players for offensive mistakes."

Truth be told, Brady -- who's won seven Super Bowls -- has benefitted from rule changes and thrived in today's era of quarterbacking. In 2020, at the age of 43, Brady threw for 4,633 yards and 40 touchdowns -- the second-highest mark of his career -- in 16 regular season games. Through two games in 2021, he's completed 65.1-percent of his passes for 655 yards with nine scores and two picks.

Tampa Bay (2-0) will visit the Los Angeles Rams (2-0) in a Week 3 matchup on Sunday afternoon. According to FiveThirtyEight's projections, the Bucs currently have an 88-percent chance to reach the playoffs and a 66-percent chance to win the NFC South.

JR's complete thoughts on Brady's comments and the NFL can be accessed in the audio player above.