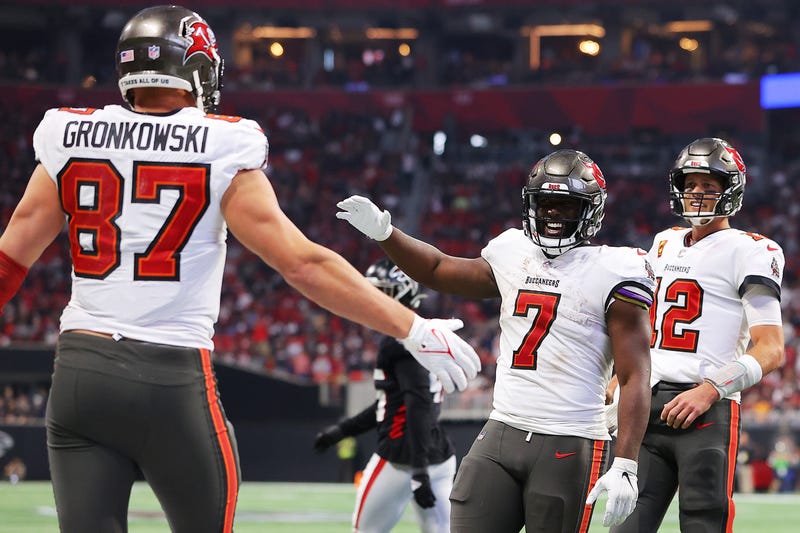 The reigning champion Tampa Bay Buccaneers have all but clinched their first NFC South division title since 2007, as their first place lead extended to four games with a 30-17 road win over the Atlanta Falcons on Sunday afternoon at Mercedes-Benz Stadium.

With five weeks remaining in the regular season, the Buccaneers (9-3) remain in contention for the conference's coveted first-round bye. And according to Westwood One broadcaster Kevin Kugler, they should now be recognized as the most dependable team in a top-heavy NFC.

"I trust Tampa Bay. The way Tom Brady continues to play defies all logic, but that's a team I trust," Kugler told After Hours with Amy Lawrence on Monday. "And until he's not playing, I'll probably trust whoever he's playing for. He was phenomenal again on Sunday. He was just fantastic -- over 300 yards again... We get to watch him until we're all long gone, he'll still be playing. And he'll still be playing at an extremely high level. So, I trust that team."

Brady was in his element against the Falcons' weak defense -- the 44-year-old completed a whopping 75-percent of his passes (38 of 51) for 368 yards with four touchdowns and an interception. Two of his passing scores belonged to his longtime favorite target in veteran tight end Rob Gronkowski, and the duo now ranks second all-time in regular season touchdowns, with 90.

To no one's surprise, Brady has truly resembled an MVP-caliber quarterback. Through 12 games, he leads the NFL in passing yards (3,771) and touchdowns (34), and he now has a career-high six games with four-plus touchdowns in a season, per ESPN Stats & Info.

Tampa Bay will host the Buffalo Bills (7-4) in a marquee Week 14 matchup on Sunday, Dec. 12. According to FiveThirtyEight's projections, the Buccaneers have a 20-percent chance to earn the NFC's first-round bye and a 14-percent chance to win Super Bowl 56 in Los Angeles.

The entire NFL conversation between Kugler and Lawrence can be accessed in the audio player above.