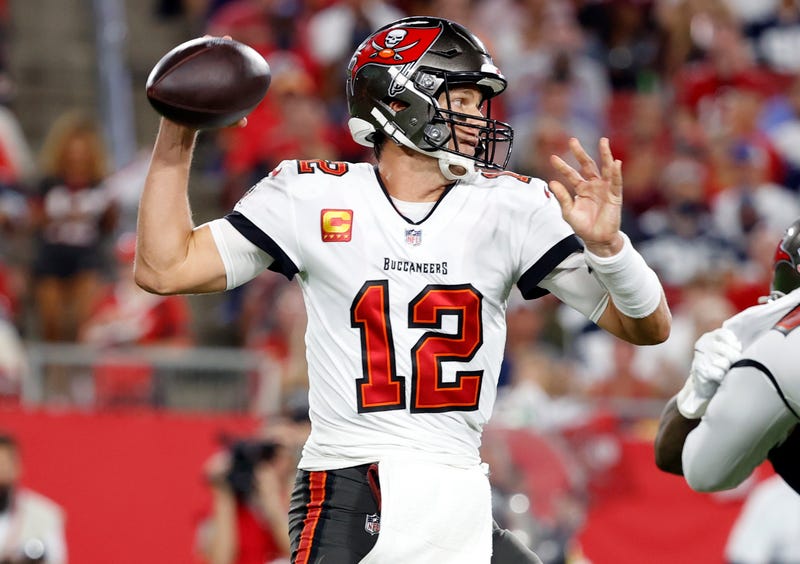 Tom Brady's 300th career game ended the same way so many others have: with a game-winning drive during crunch time, in primetime. Just the usual.

Perhaps there was never any doubt in the Tampa Bay Buccaneers' veteran. With less than two minutes remaining in the fourth quarter, Brady orchestrated an 11-play, 57-yard drive to set up kicker Ryan Succop for a 36-yard field goal. Succop's attempt split the uprights, capping off a thrilling 31-29 win over the Dallas Cowboys on Thursday night at Raymond James Stadium.

"We talked with Antonio Brown and Leonard Fournette, who was out there on that final drive, and they said, 'You expect this. He's the GOAT. He's going to deliver,'" Bucs sideline reporter T.J. Rives told After Hours with Amy Lawrence on Friday. "And man, did he deliver again. A couple of big-time throws -- one to Rob Gronkowski over the middle, one to Chris Godwin down the sideline. You're almost shocked if he doesn't deliver at the very end..."

The Bucs' comeback came as no surprise, nor did Brady's efforts throughout the game. At 44 years old, Brady put on an aerial show, completing 32 of 50 passes for 379 yards with four touchdowns and two interceptions. He also connected with veteran tight end Rob Gronkowski twice -- the duo now has 100 touchdowns -- and recorded his 49th career game-winning drive.

Tampa Bay (1-0) will host the Atlanta Falcons in a Week 2 matchup on Sunday, Sept. 19. According to FiveThirtyEight's projections, the Bucs currently have an 87-percent chance to make the playoffs and a 66-percent chance to win the NFC South division.

The entire Bucs conversation between Rives and Lawrence can be accessed in the audio player above.