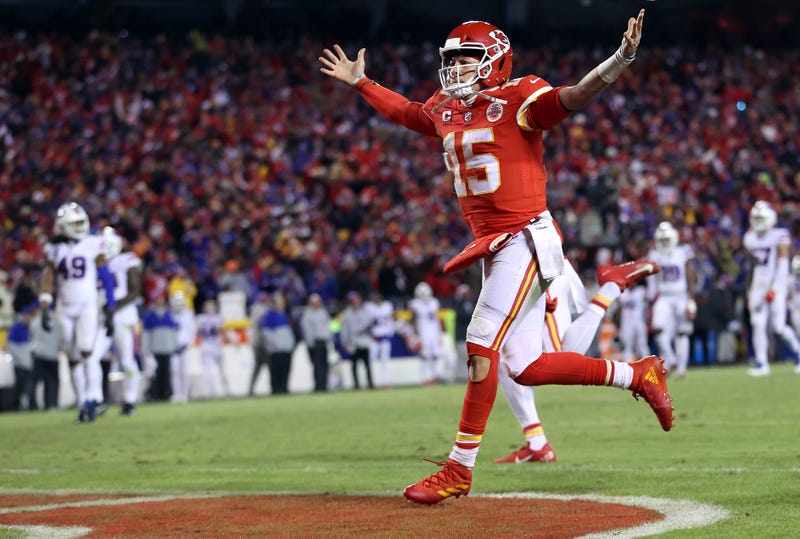 The overtime rule was bound to find its way into a debate during the playoffs, and at the conclusion of perhaps the greatest football weekend of all-time. It's a crime that Josh Allen lost that game, but it's not a crime that the Bills lost. Those two points need to be made clear. The NFL made rule changes, during a time when field goals were scored more often than touchdowns by the team with first possession in overtime.

We liked the rule. The rule made sense. Now, suddenly it doesn't make sense because great quarterbacks are still not touching the ball in some games? Do we forget that Drew Brees and the Saints touched the football first in overtime following the non-pass interference call in the 2018 NFC title game?

Whether you want to throw cold water on it or not, defense is just as big a part of the game as offense. If a defense is gassed, why isn't an offense? If overtime needs changes, what's the solution? Playing a full 15-minute period would only lead to more tired players and more injuries. Having both teams touch the ball once before, then turning to sudden-death, would still give the coin-toss winner the same advantage it has now. Going to college overtime leads to two-point conversion attempts -- a gimmick, just like shootouts in hockey.

The truth is, unfortunately, in terrific overtime games, there has to be a loser. The best way to determine that loser is to keep the game played the way it was meant to be played. The current format is fine. The problem is a coin flip. A coin flip involves no strategy and it's only one flip. A best of three would be a more fair solution. Maybe just a game rock-paper-scissors, so you have some strategy in your own fate. If those sound ridiculous, you haven't thought deep enough about your own solutions... which are full of holes. 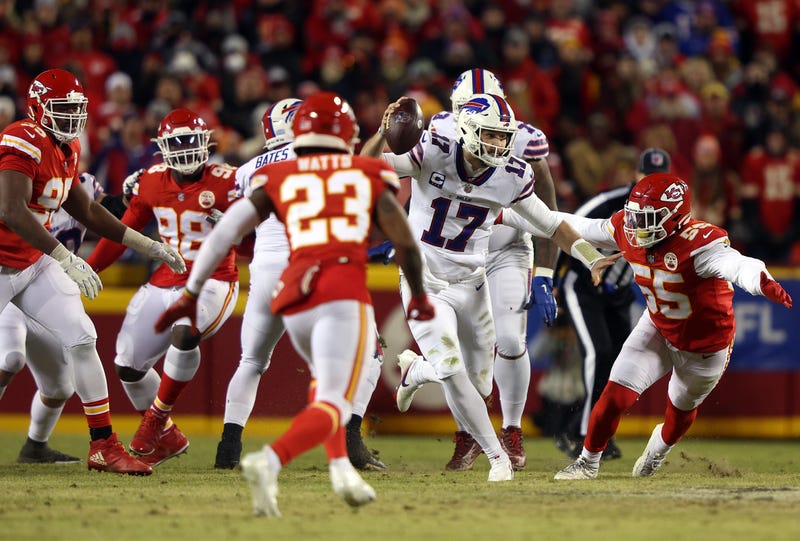 No. 1: Sean Payton is stepping away from the Saints, and if he's truly not coaching in 2022, I feel like he'll never return from a television analyst role. We finally stopped putting Bill Cowher's name next to all coaching rumors a couple years ago. Jon Gruden was cast aside after an email leak this season. Ultimately, the pay in television as a top analyst -- combined with a much less stressful work environment and more hours at home -- can be very hard thing to give up. Instead of lumping Payton in with the Cowboys, take some time to consider that he may just be the next Cowher.

No. 2: The Bills' championship window should remain wide open thanks to Allen, but it's worth wondering if they'll suffer a setback in 2022. This is now three straight disappointing exits from the playoffs for the Bills, but blowing a lead with 13 seconds remaining is something that a locker room won't forget.
Now add Brian Daboll -- the offensive mind behind Allen's star growth -- who's likely leaving to be a head coach. It's worth wondering whether, in 12 months, McDermott will be on the hot seat.

No. 3: Tom Brady sounds like he's leaning on retirement more than playing. Pointing to his wife and children more now than ever before in his career feels strange, but it was bound to happen eventually. One thing is clear: if this isn't the end of Brady, then next year certainly will be. He's had enough seasonal happy endings, that he doesn't necessarily need to walk out on top with a Super Bowl, the way Peyton Manning did.

No. 4: Aaron Rodgers ends yet another season as a playoff zero. His one ring will never ben taken away, nor will his stellar regular season numbers. But it's clear -- now more than ever before -- that the Packers-Rodgers era is a failure and it's every bit on the QB as it is the coaches. Scoring 10 points with one of the best receivers -- if not the best receiver in football -- on home turf is just completely unacceptable. The 49ers' defense is good, but they aren't the 2000 Ravens.

No. 5: The Titans need to find a better solution at the quarterback position. Ryan Tannehill's dead cap hit is astronomical in 2022, which means it's highly unlikely Tennessee will actually move on. However, Tannehill officially feels like a quarterback who's good enough to keep the the franchise really good, but not great enough to win the ultimate prize. The Titans are knocking in the red zone of being a Super Bowl team, that window won't remain open for long. 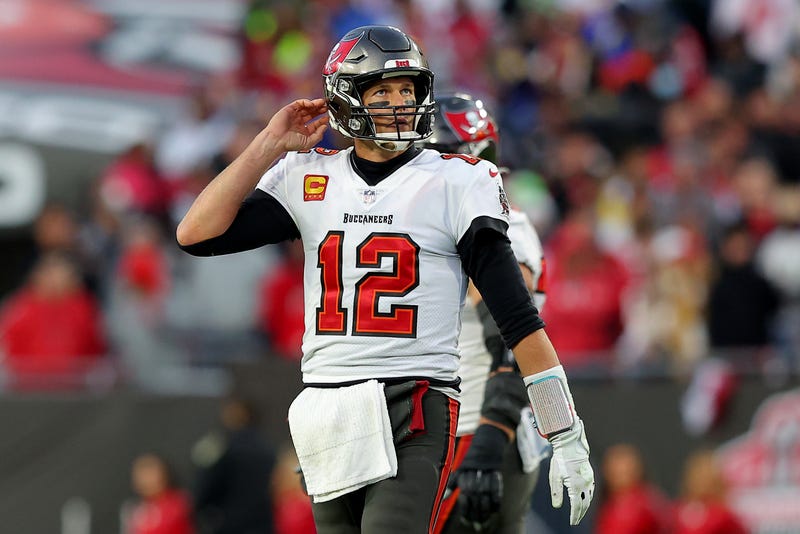 My Picks
﻿A brutal 1-2 week -- just my third non-winning week all season -- now has us at 35-23-1 overall. For this week, it should be noted that, when considering last weekend's awesome games, it's so improbable to expect much of the same this week. So, I'm going with one tight finish, and one game in hand during the fourth quarter:

Chiefs (-7) vs. Bengals: The Bengals outscored the Chiefs, 17-3, during the second half of their thrilling matchup in Week 17. Yet, Cincinnati was in panic mode. With less than a minute remaining, needing just a field goal to take the lead, the Bengals went for it on 4th & Goal. Penalties delayed the try, but the Bengals ultimately scored and won. That was both a message that Cincinnati belonged with the league's elite, and a sign they're scared to death of what Patrick Mahomes can do late in games. And who can blame them? Mahomes proved that with 13 seconds left against the Bills.

Ultimately, beating the Chiefs a second time -- while Kansas City has all the experience in this moment -- will prove to be too much for Cincy. The Chiefs' only loss in their last 10 games was to the Bengals. The dam will break in the second half, this time around on the Bengals. This'll be a fun game through three quarters, but the Chiefs' offense will overwhelm.

49ers (+3.5) at Rams: The ownership Kyle Shanahan has over Sean McVay, his former co-worker and friend, is real. The Rams haven't beaten the Niners since 2018, and Shanahan has won six straight games and gone 7-3 in his last 10 against him. Everybody has a thorn in their side in life, and McVay's is now Shanahan. This was the worst possible matchup for Los Angeles. Here's the problem if you just believe the Rams have more talent and are due to snap the Niners' hot streak: the Rams have given us no reason to trust them. Just last week, up 21 points, they did all they could with self-inflicted mistakes to lose that game against the Buccaneers.

Matthew Stafford remains a bad turnover waiting to happen, and the Niners sure can force them. San Francisco also has the confidence from Week 18 that they do have the offensive ability on offense to come back on the Rams, should they build a lead. The Rams will have no home-field advantage in this game, with Niners fans sure to flood SoFi Stadium. All the pressure is on the Rams, despite all the trends being in the 49ers' favor. Give me San Francisco with this number sitting above three, currently, and then sprinkle some loose change on the moneyline as well.

Oreo Stuffed Chocolate Chip Cookies. We haven't gone down the sweet tooth well of late, so I'm dialing back a favorite of mine. I probably used this in a prior year, but that's okay, because it's still worth the payoff. Admittedly, this may be a regional play for me, as the Northeast is facing the threat of a huge blizzard. Snow storms, bitter-cold weather, and hunkering down always leaves me in more of a baking mood than a cooking mood. So you bet your ass I'll be baking these morsels of goodness to plow through a Championship Sunday. The recipe is simple. Use any homemade chocolate chip cookie recipe you were raised on -- heck, even Toll House pre-made dough is fine here. Take one Oreo and wrap the cookie dough all the way around, covering it entirely. Bake for 8-10 minutes at 325-degrees. You'll get a gooey, soft chocolate chip cookie with that warm Oreo surprise in the middle. My hands are shaking as I finish typing this, with the rush of sugar within grasp.