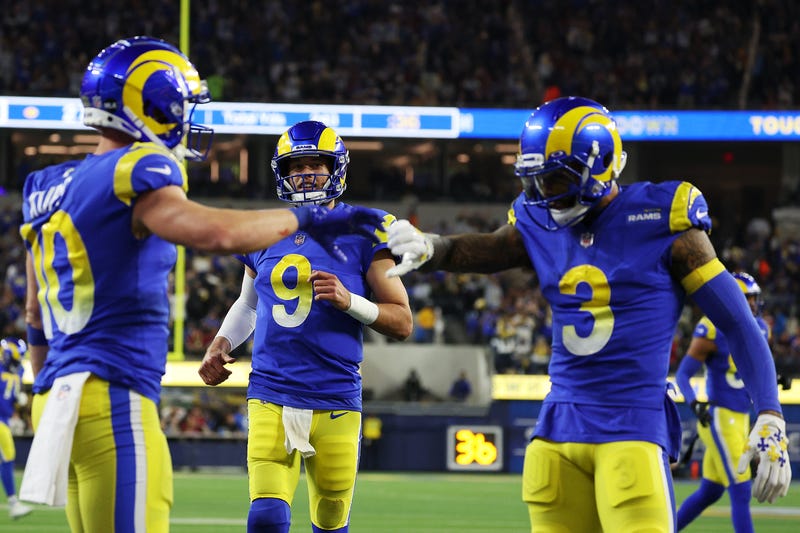 NFL playoff expansion is being criticized after the Steelers and Cardinals were obliterated during wild-card weekend. In the past two years, three of the four games involving seven-seeds have been noncompetitive, the lone exception being the Colts' tight loss to the Bills last season. Blowouts have happened in the playoffs long before there was a seventh team in each conference. Heck, the sixth-seeded Patriots were just annihilated in a game so many fans picked them to win against Buffalo.

It's going to take something crazy for some undeserving six-win team to make the playoffs and lay down in an unwatchable event. With legalized gambling, so many jobs in the NFL are on the line -- based on getting to the playoffs -- that there's really no downside to having the extra team make it. The race to get in sparked fun in December. In the end, would I rather watch six wild-card games or four? It's a no-brainer. Give me more football, like the pig I am. Blowouts be damned.

No. 1: Derrick Henry returns this weekend. Mike Vrabel navigating the Titans to the AFC's top seed after losing Henry for several weeks is one remarkable coaching job. Once again, it also may be a reminder of just how overrated the overvaluing of the RB position can be. All that being said, a refreshed Henry is a scary thought for an opponent. Be prepared to tackle properly, Bengals.

No. 2: Joe Burrow was asked about not showing emotion and joy following the Bengals' first playoff victory since 1991. His response was so honest and perfect: "This should be the bare minimum for this franchise." Cincinnati has changed, Burrow is elite, and there's going to be a lot of fun in the jungle for years to come.

No. 3: Dak Prescott was horrifically bad on Sunday and frankly, any blame or anger at the referees is so laughable. It's part of your job as a quarterback to understand the clock and game situations. The 49ers begged Prescott to take off and run up the field with no timeouts. Like a sucker, Dak did it and failed to realize that he should've held onto the ball and handed it to a ref. He then was two days too late on apologizing for dumb comments about the fans throwing garbage at officials. Dak went from a likeable quarterback you believed can be clutch to a question mark in both regards.

No. 4: Raise your hand if you were wrong on a 49ers opinion. Yes, I'm raising my hand. I argued that the Niners should've started Trey Lance in Week 18 and in the playoffs, to get him experience. Now, they're one of the last four teams in the NFC, and with their defense, they certainly could reach the Super Bowl. Jimmy Garoppolo appears to be their weakness, but that locker room is owed a fair shot at making a run.

No. 5: The Patriots' win in 50 mph winds during that Monday night in Buffalo was reacted to as if it was the ultimate reminder they still run the AFC East. It wasn't. It was just simply a windy night in Buffalo. Nothing more, nothing less. The Pats remain dead with a QB who may just be the ultimate game manager. 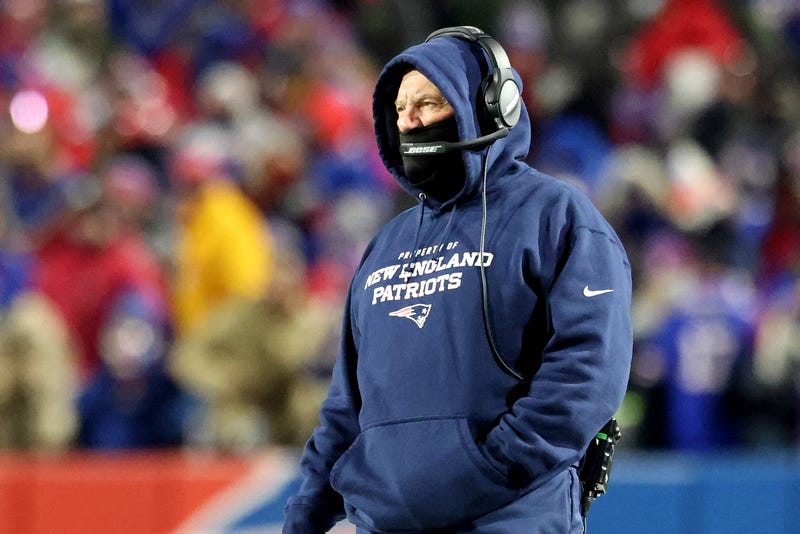 No. 6: Odell Beckham Jr. is becoming the rare athlete that wins despite being a petulant baby in previous stops. The Giants became a toxic organization but Beckham certainly didn't help them when he threw Eli Manning under the bus on national television. Then in Cleveland, Beckham acted as if playing with his best friend, Jarvis Landry, would be a match made in heaven. He really hated catching passes from Baker Mayfield, and burned another bridge. Now he's with the Rams and reemerged as an elite wideout.

No. 7: It's completely fair to question just how good Kyler Murray actually is. He's a fantastic fantasy football quarterback, with jaw-dropping electric play-making ability. But if the Cardinals are trailing in a game or in a tight game, he makes electric turnovers. Murray plays a bit soft and with finesse, which isn't exactly the grit and sandpaper every quarterback needs, come playoff time.

No. 8: The Buccaneers seem to fit the old Patriots mode of, no matter how many injuries they have, the next guy steps up and Brady just operates as if he's surrounded by Pro Bowlers at every position. Tristan Wirfs went down, Chris Godwin is injured, Antonio Brown quit. None of that seems to matter, since the Brady switch has once again been activated in January.

No. 9: The Eagles told the world (without telling the world verbally) that Jalen Hurts is their starting quarterback in 2022. Hurts isn't a great passer -- maybe he can improve, maybe he can't. Once the Eagles were down three scores on Sunday, their only true chance at a comeback was having a gunslinger under center. They left Gardner Minshew, who is what they needed, riding pine. The reason for that is obvious: benching Hurts in that spot would've opened an offseason of controversy from fans and media.

No. 10: Mike Mayock simply can't return to television as a draft analyst taken seriously. Whatever happens with the Raiders, their next head coach should be aligned with their next general manager. However, Mayock surely needed to go regardless, if he was the one man interim coach Rich Bisaccia needed in his corner. It's actually astonishing that this franchise was good enough to make the playoffs when they, under Mayock, may have been the worst team at drafting in the first round, ever. 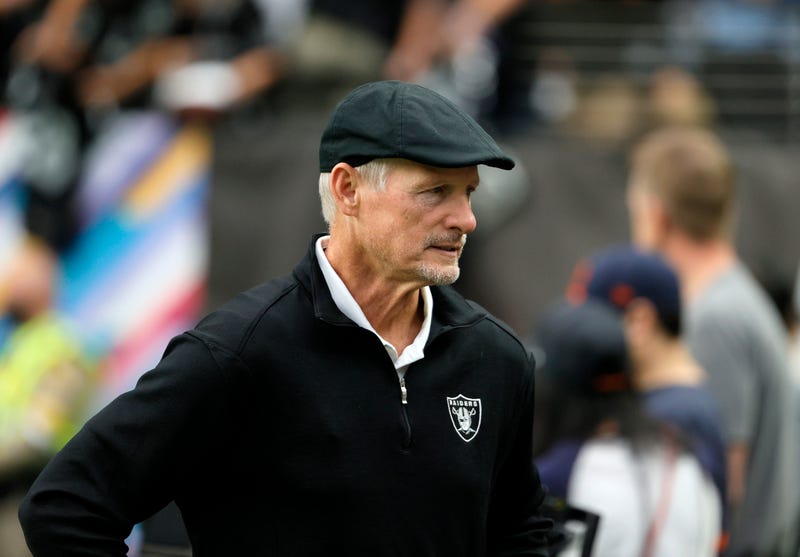 My Picks
﻿A 2-1 week, burned only by the Steelers which didn't cover, has me at 34-21-1 overall heading into divisional weekend. For this week:

Bengals (+3.5) at Titans: Three decades of postseason emptiness were snapped by Burrow against the Raiders last weekend. Now Cincinnati visits Tennessee, where the Titans probably have the best resume of wins of any remaining team. Henry is returning, another difficult log thrown on the fire for the Bengals to solve. All that being said, I like the Bengals here. Over three points is a safe bet to take on the hook as well.

Cincinnati is a spread machine -- they've paid you out in five straight games and have won against the spread in seven of their last nine. The Bengals have been underdogs by three-plus points six times this season, and have covered each time. They're simply a red-hot team to back your money on. I'm trusting Burrow in a big spot right now. And let's be honest -- it's not like Nashville is going to be as loud as Arrowhead in January. I'll also sprinkle money on the Bengals' moneyline.

Packers (-6) vs. 49ers: The 49ers can haunt Aaron Rodgers' dreams after the NFC title game, two years ago. He's well aware of this rivalry -- growing up a 49ers fan -- and how sweet would a 'Last Dance' run with the Packers taste for him if he could beat San Francisco, which turned him down on draft day in 2005. Garoppolo will be banged up and the 49ers' pass rush, which ate so well early against Dallas, are coming into this game bruised. The Packers have felt a cut above everyone else in the NFC, never letting their foot off the gas. The spread remains under a touchdown, and this feels like a layup.

Bucs (-3) vs. Rams: The Rams will be a good litmus test (how's that for a big word coming from me?) for the NFL, as they're coming off the first-ever Monday night playoff game. Will it prove to lead to a sluggish start? Matthew Stafford hasn't earned my trust, and shouldn't have earned yours just because he got over the hump in winning a playoff game against the Cardinals. He was able to do it throwing for less than 200 yards, thanks to the Cardinals vomiting all over themselves. Tampa's injuries worry me a bit here, but betting against Brady in January is just foolish. And I certainly won't be the one sitting on my couch Sunday night, thinking how I could've bet on Stafford to beat Brady. 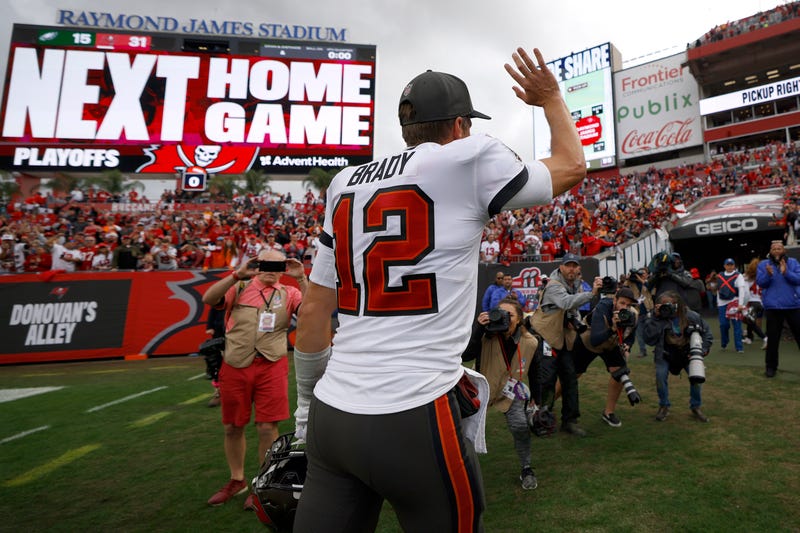 Jeff’s Big Bowl Cheese Dip. If you read this column and listen to The DA Show, you're well aware of my FFOTW critics. Some would say I do too much cheese, others would argue I do too many dips. And this brings us to a reader named Jeff. Jeff messaged me earlier in the week, pumping his chest about being a culinary artist and chef. He said my ideas are unoriginal -- dare I say, lame. He asked if he could give me some better football foods to work with. I accepted. Jeff gets his crack at the food during this very important weekend. So, what did he give us? Oh, it's more cheese dip. Now, this isn't me tanking. In fact, I love this recipe. Beer and gooey, ooey cheese, Sign me up. But the hypocrisy is astonishing. Here's the recipe:

Place onion and beer in a heavy medium-size saucepan. Heat to boiling. Reduce heat and simmer 3 to 4 minutes. In a large bowl combine cheeses, flour, and taco seasoning. Slowly add handfuls to hot beer until melted. Repeat until all of the cheese is used. Stir in chipotle pepper and sour cream.