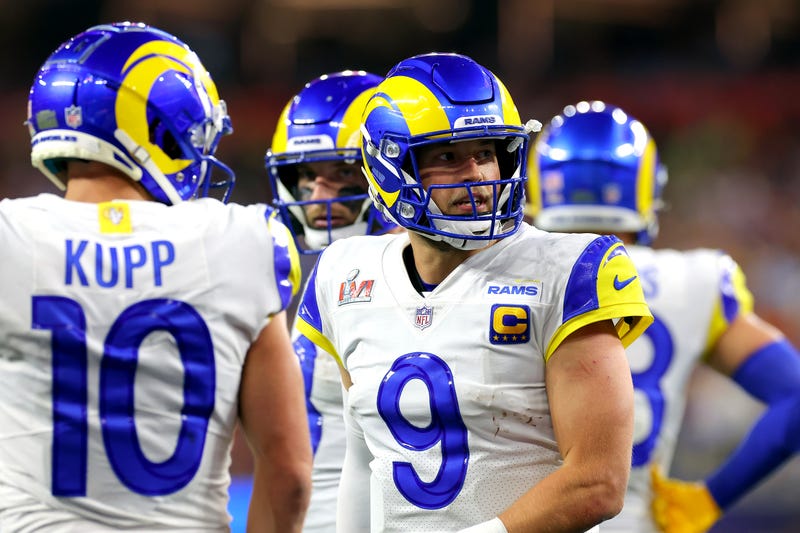 An offseason of change kept the NFL in the news cycle all spring and summer long. Stars like Tyreek Hill, Davante Adams, A.J. Brown, Russell Wilson, and of course, Deshaun Watson, all switched homes in major trades. And after over-analyzing and over-discussing these moves for months, how much has really changed? The Chiefs should still be elite without Hill, the Packers should still be elite without Adams, and the Broncos are still facing questions throughout.

The Bills are favorites, as are the Rams. The offseason of movement may not produce a Super Bowl champion from any of the significant additions. Yet, it's why we love the NFL -- they kept us talking all offseason. And now it's time to let the games begin. As I do every year, I'll give my Super Bowl prediction and it's sure to go wrong. So I'll take the Rams to repeat. The NFC is weak and this seems like a team -- after Aaron Donald's return -- that realizes just how small their window is. I believe the Chiefs will win the AFC and rise above a great division, but fall short in the Super Bowl for a second time in three seasons.

No. 1: This Patriots' season is far more interesting than last season's was -- the first without Tom Brady. Mac Jones in his sophomore season, coming off an undeserved Pro Bowl trip, should take the next step. Does anyone believe he will, though? Belichick has screwed up the offensive coordinator position, and the roster is borderline atrocious.

No. 2: Tom Brady's retirement (then non-retirement), exiling of Bruce Arians, and now reports of a martial rift should be enough to question how great the Bucs will be in 2022. But the real question remains with Todd Bowles. He was a disaster with clock management and in-game adjustments as head coach of the Jets. Will he shrink in Tampa's big games?

No. 3: The NFC will have at least one, if not two, teams that don't jump out at us today as very good but ultimately end up in the playoffs. One for me has to be the Vikings. While I'm not the biggest Kirk Cousins fan, Mike Zimmer was a dinosaur, in terms of modern football. And I think Kevin O'Connell should have their offense cooking.

No. 4: The Cowboys have assembled everything for a break in the NFC like this year. The power three teams all have holes, and this should be the year Dallas is finally set up with talent to shock us all and get to -- at a minimum -- an NFC title game. The offensive line is in shambles, Dak Prescott is getting hit in camp, and there's CeeDee Lamb with questions behind him at receiver. Sean Payton also lurks behind Mike McCarthy all season long.

No. 5: "Hard Knocks" had a true rebirth this summer. I'll always be a homer of the program and I consider it the best reality show of all time. However, I must admit, the seasons since Hue Jackson's blow-up with the Browns have left a lot to be desired. Dan Campbell and his coaching staff were must-see TV this past month, and the Lions are a team on the rise worth watching. 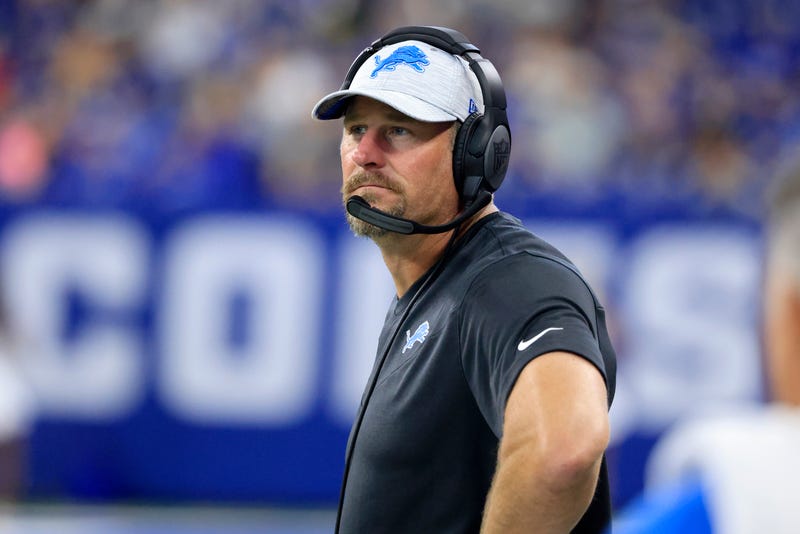 No. 6: Tua Tagovailoa has seemingly done the impossible down in Miami, in terms of public image. A rare hyped-up first-round quarterback, who's dealt with so much negativity about him on the field, has become someone to root for now. The Dolphins win total ranges from four to 13 wins, and perhaps they are the most uncertain team to peg in the league.

No. 7: Ryan Harris, a former NFL offensive lineman who played with Peyton Manning and Ben Roethlisberger, told me and Andrew Bogusch this summer that Justin Herbert is the best quarterback he's ever seen. Brandon Staley coached the Chargers ou5 of the playoffs a year ago. This season, however, the Herbert hype has no stops to it. He must rise above and lead the team to double-digit wins and an AFC playoff spot. It's time for the pressure to meet the reality of Herbert's hype.

No. 8: Staying in the AFC West, perhaps the laziest offseason take by many is that the Raiders will finish in last place, simply because they have the worst quarterback of the teams. Derek Carr might be the third-best quarterback in the NFC, and the Raiders improved with Chandler Jones and Davante Adams this offseason. Josh McDaniels' time is now, but I'd be more surprised if the Raiders finished in last place than I would if they earned the division crown.

No. 9: Trey Lance was reportedly "annoyed" by the 49ers' decision to bring Jimmy Garoppolo back. And I don't blame him, I believe it's a mistake for the development of Lance. Garoppolo's a terrific backup QB, but in a locker room that knows they can win with him, this does undercut Lance. He now can't go through the natural struggles he should be going through this season.

No. 10: Perhaps the most curious irrelevant team this season is the Jaguars. Trevor Lawrence was the most-hyped QB prospect since Andrew Luck, so we give him a pass on the Urban Meyer year. So is this year just a new rookie year for him? Lawrence paired with a Super Bowl winning coach in Doug Pederson should leave us expecting more from Jacksonville -- not more of the same. 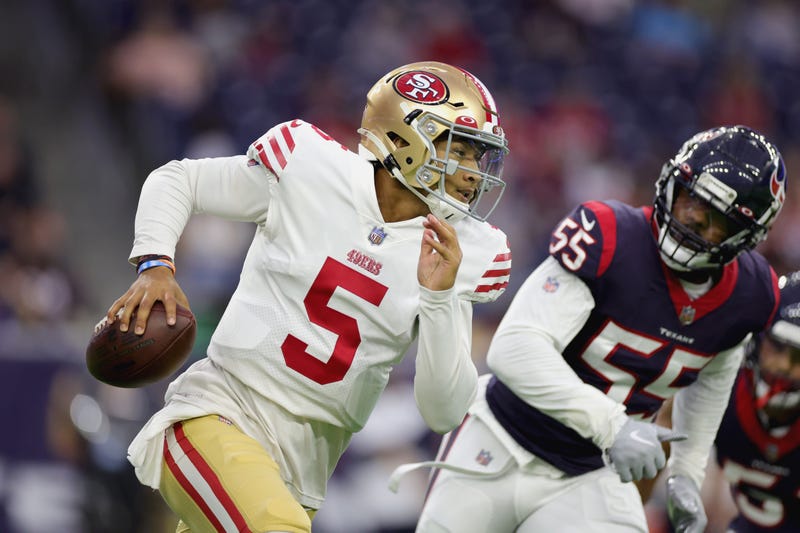 Packers at Vikings: Life after Davante Adams begins for the Packers on the road, in a matchup against their most likely competitor in NFC North. And the Vikings' offense should be refreshingly active. This has the chance to be a shootout, with Aaron Rodgers looking for his new favorite target on the fly.

Patriots at Dolphins: The Patriots flew into Miami on Tuesday after being 2-7 in their last nine trips to South Florida. It's still summer in New England, so this trip isn't about getting used to time zones and weather. Bill Belichick may be hoping his players get their trips to South Beach out of their systems early in the week. Will Tagovailoa be able to silence the critics in Week 1?

Raiders at Chargers: Every AFC West game will feel like must-watch theater all season long. And this is a great way to start the campaign -- with a rematch of the 2021 regular season finale. Staley ruined a tie and blew a playoff berth. Now he and his Herbert-led team need to capitalize on McDaniels' first game returning as a head coach.

Chiefs at Cardinals: Kyler Murray's contract and his incentives feel like the 15th craziest thing that happened this offseason. Yet, all eyes will be on him and that practice report, should the Cardinals struggle right away. This is a tall task, even at home, playing a pinball-type game against the Chiefs. So.. can Mahomes and the Kansas City offense look like they won't miss Hill? A very fun offensive showdown awaits us in Week 1.

Bucs at Cowboys: Two teams with enormous flaws -- particularly on the offensive line -- begin their seasons in a primetime Sunday night matchup. Brady being able to block out the noise and distractions of his personal life will be a real test, as he continues to fight Father Time. This game was full of fireworks a year ago in the Thursday night opener. 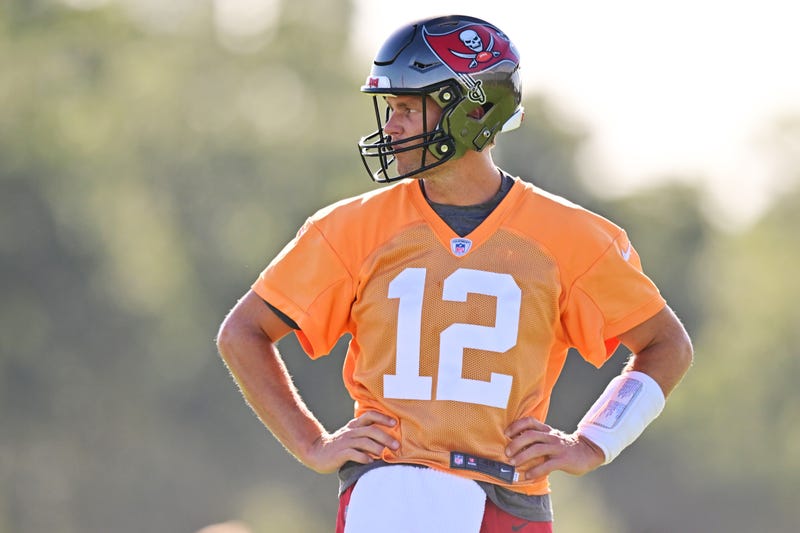 My Picks
﻿I finished 12 games over .500 a year ago, picking games against the spread. The good times should continue to roll in 2022. I like three Week 1 favorites.

Packers (-1.5) at Vikings: We're living in a world where at least two NFC teams the public doesn't or didn't view as very good will be playoff bound. The Vikings could be one of those teams, though Michael Irvin thinks Kirk Cousins is an MVP candidate. The time to fade the Packers is during the postseason, not Week 1, and not against the NFC North. Are the books begging you to take Green Bay? Feels like it. But I also like an occasional handout, and that's what this line is.

Saints (-5.5) at Falcons: I'm not in on the Saints long-term with Dennis Allen and Jameis Winston. But I know I'm out on the Marcus Mariota-led Falcons. If this game line jumped north of seven, I'd avoid it come Sunday morning. But as it stands at 5.5, I like Winston and the offense to get going.
Last year in the opener, the Saints stunned the Packers in a blowout as well.

Broncos (-6.5) at Seahawks: This was another line that felt very fishy to me. The Seahawks are one of the three worst teams in the league, on paper. Their former star quarterback starts his new life in Denver, with a trip back to Seattle. If the AFC West is what we believe it'll be, then how can I not suspect the Broncos' offense to pull away during the second half? Winning by just a touchdown shouldn't be much of an ask. Remember, a worse Broncos team played a better Giants team than this Seattle team in Week 1 last season, and covered a 6.5 point line.

Pizza Egg Rolls. Thanks to our listener and reader Larry for this Week 1 suggestion, and boy is it a banger. The crispiness, the flakiness, the hot burst within an egg roll can be unrivaled at times. Egg rolls are in, perhaps eyeing 2023 as the year of the egg roll. You really can put anything in them and it'd be tremendous. In steps, a pizza version. Here are the ingredients:

Egg roll wraps, mozzarella cheese, pepperoni in a link, pizza sauce. Of course you can add whatever you want. Now, from Larry, his personal directions are a direct quote: "Cut up pepperoni link in small pieces or just get package of the little squares. Add toppings to wrap. I think better with sauce inside so all are same temp but you can use as a dip. Then wrap up accordingly to close ends. I use egg white to help tie it shut. Then fry or air fry. Telling you, straight fire!"

Alright, Larry. We're sinking or swimming with this in Week 1!