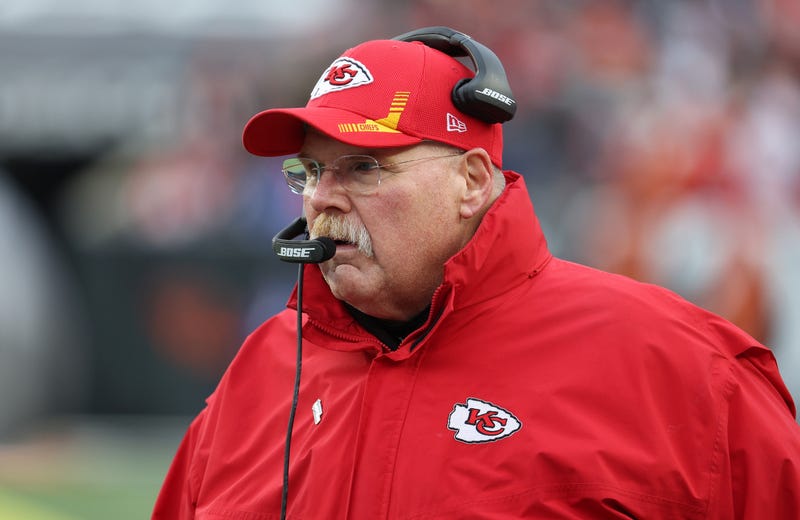 For the second straight year, the defending AFC champion Kansas City Chiefs will host a marquee postseason matchup against the title-starved Buffalo Bills at Arrowhead Stadium. And this time around, the winner will punch a ticket to the conference title game, and face either the top-seeded Tennessee Titans or the up-and-coming Cincinnati Bengals for a trip to Super Bowl 56.

The addiction to winning is the ultimate high for players and coaches who've reached the pinnacle. Chiefs head coach Andy Reid backed the notion while speaking to reporters on Monday, when he compared chasing a Super Bowl to a hunger for "chocolate cake with the ultimate frosting." And of the eight coaches still in the hunt for a Lombardi Trophy, JR trusts Reid the most.

"If I've got to roll with any coach here that's left, it's going to be a future Hall of Famer. It's going to be Andy Reid," JR said during Wednesday's edition of the JR SportBrief show. "And then I would take a look at Kyle Shanahan and Sean McVay. Those are the three coaches that I trust the most, that I'm most confident in if the times get rough and we've got to look at a tough decision... I like the Hall of Famer. By the way, I like the Chiefs to edge out the Bills."

JR's complete thoughts on the divisional-round coaches can be accessed in the audio player above.