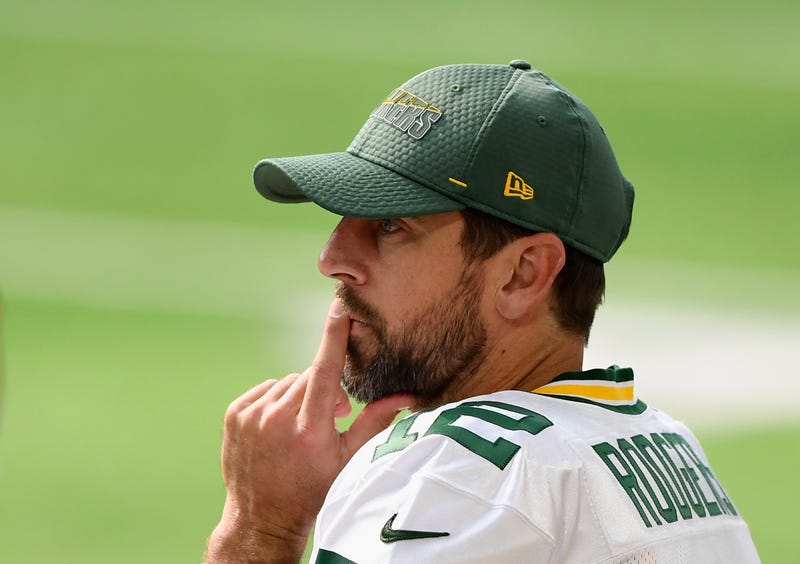 If Aaron Rodgers' relationship with the Green Bay Packers is now broken beyond repair -- as recent reports suggest -- the franchise will soon need to decide whether it's worth trading the reigning league MVP to avoid further drama and internal issues this upcoming season.

Suffice to say, the entire situation is a hot mess. And it's left Wisconsin sports radio host Bart Winkler befuddled.

"If the Packers don't trade him, if they don't move him, then he's still under contract for several years. So, Rodgers is going to hold out? Rodgers is going to retire and go host 'Jeopardy!' which, amazingly might be the option? I can't say that as a joke," Winkler told The Zach Gelb Show on Thursday, ahead of the NFL Draft. "So, what do the Packers do? Do they budge? Do they trade [2020 first-round quarterback] Jordan Love? [Brett] Favre was here for three years before he eventually got dealt -- he never tried to get Rodgers traded, at least not this publicly.

"So, if the move is to trade Jordan Love, Rodgers once went through this as a Jordan Love, and now it's going to make him happy? 'Oh, you traded Jordan Love and you drafted [wide receiver] Rashod Bateman from Minnesota? Ok, let bygones be bygones, I'll come back.' And what does this do to the locker room? It is going to divide the locker room?...

"It seems that [news of the rift] is coming from Rodgers. I don't know where the calculation might be, because I don't know what he wants. Does he want Love to get traded? Well, great. I don't know man... You can't go back and take back history. They already drafted Jordan Love last year. [Rodgers] played the whole season, he won the MVP, so what does he want that he would come back? I can't believe we're having this conversation."

Last season, Rodgers completed a career-high 70.7-percent of his passes for 4,299 yards with 48 touchdowns and just five interceptions. According to Spotrac.com, the 37-year-old has three years remaining on his contract with Green Bay, and his cap hit of $37.2 million this upcoming season will lead the NFL.

The entire Rodgers-Packers conversation between Winkler and Gelb can be accessed in the audio player above.