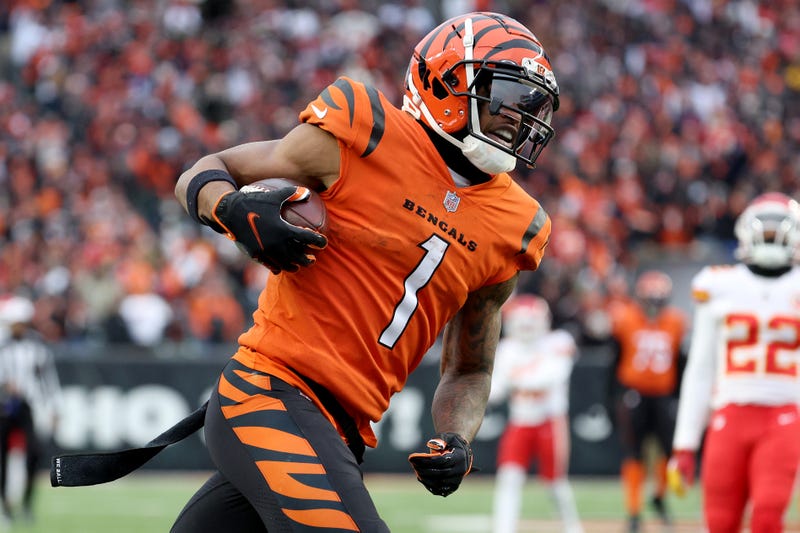 In this edition of Top-10 Stats of the Week, Pittsburgh Steelers quarterback Ben Roethlisberger rewards coach Mike Tomlin with another strong finish to a season, DeMar DeRozan makes NBA history, Green Bay Packers quarterback Aaron Rodgers is in a league of his own, and we say goodbye to three sports legends.

15 -- The Steelers beat the rival Cleveland Browns on Monday night, clinching 15 straight seasons with a .500 or better record under Mike Tomlin. Nobody in NFL history has started a head coaching career with more such seasons.

6 -- Browns quarterback Baker Mayfield will finish with the regular season with six wins for the third time in four NFL seasons. Unimpressive numbers, considering that he was drafted first overall by Cleveland back in 2018.

6-1 -- The Philadelphia Eagles have won six of their last seven games, and on Sunday afternoon, they clinched an NFC wild-card spot. Not too shabby for a team that started the season 3-6.

2 -- In his last 14 games, Green Bay Packers quarterback and reigning MVP Aaron Rodgers has thrown only two interceptions. Even Tampa Bay Bucs star Tom Brady has thrown three over the last month. The Packers clinched the NFC's first-round bye on Sunday, in a blowout win over the Minnesota Vikings.

40 -- Speaking of Brady, he's thrown 40 touchdowns this year, which marks just the second time in NFL history that a quarterback has recorded 40-plus passing scores in back-to-back seasons. Brady turned 44 in August.

266 -- Cincinnati Bengals wide receiver Ja'Marr Chase racked up 266 yards in the team's home win over the Kansas City Chiefs on Sunday. That's the most receiving yards a rookie has ever recorded in a single NFL game.

1st -- Last Friday, Chicago Bulls star forward DeMar DeRozan hit a one-legged leaner to beat the Indiana Pacers at the buzzer, 108-106. The very next night, he drilled a contested corner jumper to beat the Washington Wizards, 120-119. This was the first time in league history that a player hit game-winning buzzer-beaters on back-to-back nights.

42 -- NFL legend John Madden retired from coaching back in 1979, at the age of 42, and accomplished enough to be elected into the Football Hall of Fame as a coach. Buccaneers head coach Bruce Arians didn't receive an NFL head coaching job until his early 60s. Rest in peace, Coach Madden.

9 -- Former NFL player and coach Dan Reeves participated in a total of nine Super Bowls across 38 years in the league -- the third most for an individual. He should've been a member of the Football Hall of Fame before he passed away on New Year's Day. Rest in peace, Dan Reeves.