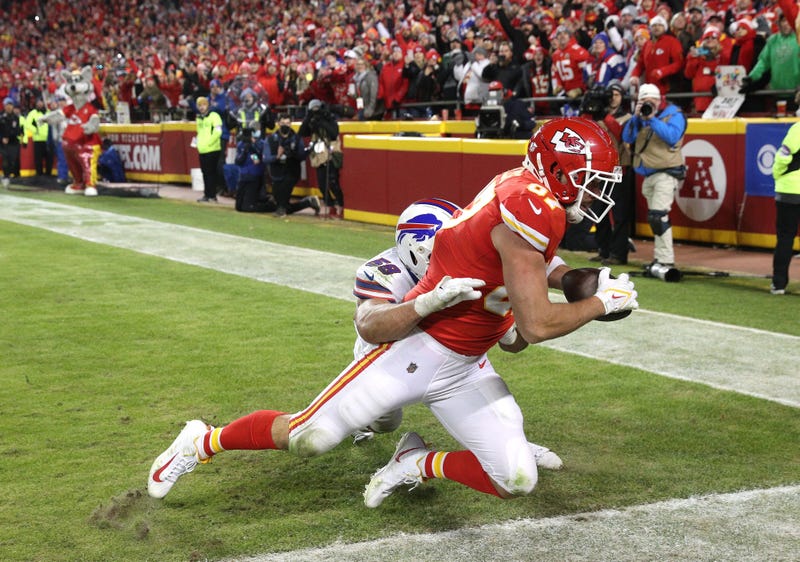 In this edition of Top-10 Stats of the Week, the most exciting weekend in NFL history gets dissected, Green Bay Packers quarterback Aaron Rodgers makes history for the wrong reasons, and the Golden State Warriors show why depth is incredibly valuable in team sports.

6 -- It took Los Angeles Rams quarterback Matthew Stafford 13-plus years as a starter to earn his first playoff win. So, naturally, it took just six more days for him to earn his second of the kind.

2:38 -- The Tampa Bay Buccaneers scored 14 points in a 2:38 span at the end of the fourth quarter against Los Angeles. During the first 57 minutes of play, they only managed to score 13 points.

177 -- Kansas City Chiefs quarterback Patrick Mahomes threw for 177 yards after the two-minute warning in the team's thrilling win over the Buffalo Bills. Mahomes had thrown for fewer yards than that in an entire game this season.

25 -- Mahomes now has 25 career passing touchdowns in the postseason. That's the most by any quarterback in history through 10 postseason starts.

4,0 -- It's such a shame that the thrilling Chiefs-Bills contest needed a loser. Bills superstar quarterback Josh Allen became the first player in NFL playoff history with four passing scores and zero picks in back-to-back games.

12 -- Joe Borrow and the up-and-coming Cincinnati Bengals have now won 12 games this season. Pretty impressive for a team that's averaged only five wins across the last five seasons.

3 -- Tennessee Titans quarterback Ryan Tannehill threw three untimely picks in the team's divisional-round loss to the Bengals. Prior to Saturday, he had thrown just two interceptions in his previous six games.

First -- Green Bay Packers star quarterback Aaron Rodgers has now lost to the San Francisco 49ers in the playoffs four different times. He became the first signal-caller to ever lose four times in the playoffs to a single opponent.

29.7% -- The Golden State Warriors' top two scorers -- superstar Steph Curry and forward Andrew Wiggins -- combined to shoot just 29.7-percent from the field on Sunday. They still managed to defeat a top-five Western Conference team, in the Utah Jazz. It truly shows how much depth the Warriors have.