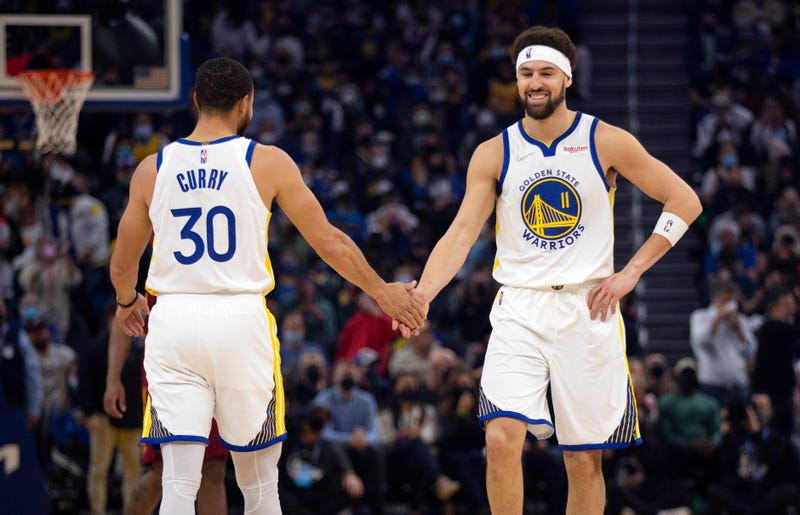 In this edition of Top-10 Stats of the Week, Pittsburgh Steelers quarterback Ben Roethlisberger finds himself back in the AFC playoffs, college football crowns a new champion, and welcome back to the court, Klay Thompson.

41 -- Speaking of the Bulldogs, it had been 41 years since the program last won a coveted national title. At that time, Dan Marino, John Elway, and Jim Kelly were playing college ball.

2-2 -- Alabama head coach Nick Saban is 2-2 in the last four games against former assistants of his. He actually began his career 23-0 in such instances.

941 -- Prior to Sunday, it had been 941 days since Golden State Warriors star Klay Thompson last appeared in an NBA game (Jun. 13, 2019). At that time, Kyrie Irving was with the Boston Celtics, Kevin Durant was still a member of the Warriors, and neither Ja Morant nor Zion Williamson were in the league.

485 -- Tampa Bay Buccaneers quarterback Tom Brady completed 485 passes this regular season, a new league record. The previous record was 471, set by Drew Brees back in 2016. Anyway, not too shabby for a guy in his mid-40s.

3-3 -- The rebuilding Detroit Lions won three of their final six games this year. Some pretty solid progress, considering that they didn't win a single matchup until early December.

37 -- With an eight-yard completion to Corey Clement in the fourth quarter of last Sunday's win over the Philadelphia Eagles, Dallas Cowboys quarterback Dak Prescott established the franchise's single-season record for touchdown passes with 37. Tony Romo held the previous record (36).

8-1 -- The Miami Dolphins, which started the season a measly 1-7, finished the campaign winning eight of nine games. Yet, it's head coach Brian Flores, not Judge, who's currently searching for a new opportunity in the NFL.

57 -- On Sunday, the Pittsburgh Steelers survived an overtime thriller against the division rival Baltimore Ravens in Week 18, clinching an AFC playoff spot. Ben Roethlisberger now has 57 game-winning drives (including playoffs) in the Super Bowl era, the second-most in league history.