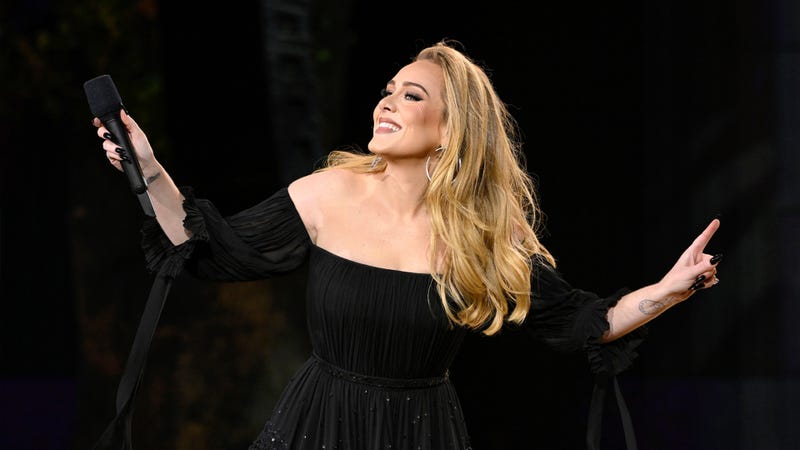 “Rumor Has It,” that Adele is engaged to boyfriend Paul Rich, and that she’s finally ready to say “Hello” to that Vegas residency we’ve all been patiently waiting for. However, only one of these rumors appears to be true, which the singer clarifies in her September 2022 ELLE cover story.

“I’m not engaged. I just love high-end jewelry, boy!” the “Easy on Me” singer revealed to ELLE, after sparking engagement rumors in February by wearing a massive diamond ring to the Brit Awards. That being said, while Adele has no immediate plans to walk down the aisle as of yet, she’s very much in love and not afraid to shout it from the rooftops, or should we say, have it published for millions to read.

“I’m not married. I’m not married! I’m just in loooove! I’m happy as I’ll ever be. I might as well be married,” she said a bit earlier in the interview.

Singing high praises of her man, and revealing that at some point she “absolutely” wants to remarry, and plans on expanding her family one day with the sports agent. “I’ve never been in love like this. I’m obsessed with him,” she said of Paul, adding, “I definitely want more kids. I’m a homemaker and I’m a matriarch, and a stable life helps me with my music.”

Love that for her.

Okay, so seeing as how that rumor’s been squashed, it must mean that YES, her Vegas residency is back on! The GRAMMY winner did confirm that at the moment she is mainly focused on her Las Vegas residency, which she postponed back in January.

“All I got in my brain is Vegas,” she told the magazine.

"It was the worst moment in my career, by far," Adele explained of her initial decision to postpone the show. "By far. I was so excited about those shows. It was devastating.”

And while she was at first "embarrassed" about the situation, her confidence grew after realizing it was "a very brave thing to do."

"I don’t think many people would have done what I did. I’m very proud of myself for standing by my artistic needs," she said, "there was just no soul in it.”

The re-scheduled 24-show run is now slated to kick off on November 18, and will included 8 additional dates, running through March 25, 2023 at The Colosseum in Caesars Palace.

Love that for us.