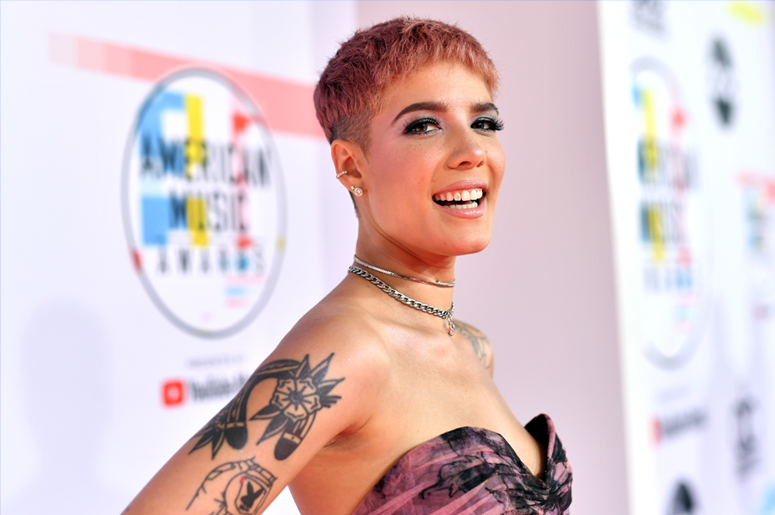 Halsey stopped by Instagram real quick to update her fans on how she’s doing and what she’s been up to since that surprise pregnancy announcement she happily shocked the world with on January 27.

Alongside a carousel of pics, including a shot showing her growing bump and photos of food (yum!), Halsey’s caption offered a bit of insight into her current mindset about her body and her preexisting concept of gender, in the midst of expecting her first child.

"February is the shortest month, but the days seem like they are taking very long," she wrote "Butttttt also going so fast?! I've been thinking lots about my body. it's strange to watch yourself change so quickly. I thought pregnancy would give me very strong, binary feelings about 'womanhood' but truly it has leveled my perception of gender entirely.”

She continued, "My sensitivity to my body has made me hyper aware of my humanness and that's all. Doing a remarkable thing. And it's grand. I hope the feeling lasts. I cook a lot, sleep even more, and read lotssss of books. I miss my family. And you guys too!”

While it might seem like just yesterday, it’s nearing almost one month since Halsey announced her impending mama-hood featuring photos of the singer looking like a crochet dream holding her baby bump and revealing her baby daddy, boyfriend Alev Aydin.

As for her latest post, several famous followers took to the comments to show their love and support, including new mom Katy Perry, who wrote, "you're about to perform a real miracle, get that rest and just be! I love you!” and also the currently pregnant Emily Ratajkowski in agreement about “The sleep!,” both posts, along with many of the other comments featuring heart emojis for days.

Also seen in the comments section, Halsey with "more on the subject,” writing, "I thought there would be a lot of expectation or pressure on me to wake up everyday feeling like some 'girly-girly fertility goddess', but instead I wake up and eat when I'm hungry, sleep when I'm tired, and focus on growing a human. And that is all I expect myself to do. Liberating!”