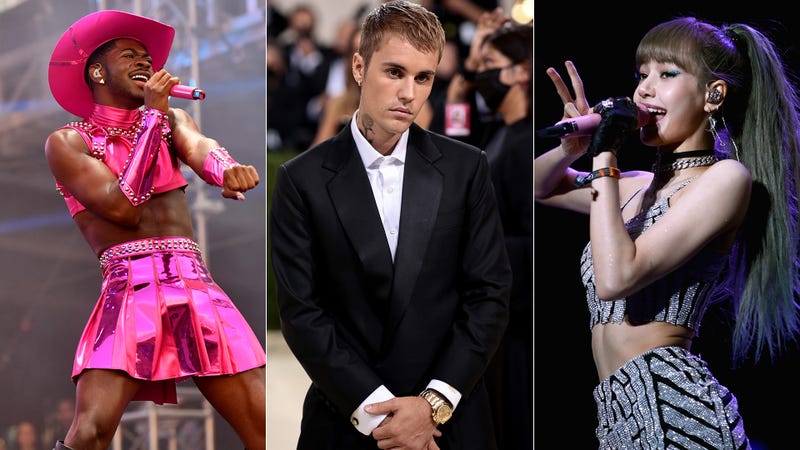 2021 is nearly over, but it still offers us a time to look back on our favorite moments of the past year.

It’s always a joy whenever we get to sit down for a conversation with our favorite artists. Whether it’s getting the inside look on their latest projects, fantastic stories of past exploits, or even the truly bizarre stories that you can’t believe are real, these conversations never cease to surprise or entertain us.

We spoke with tons of artists in our Audacy Check In series this past year. While everyone has their favorite, these Check Ins stood out for a variety of reasons. Below, you can watch our top 10 most watched Audacy Check Ins of 2021.

It had been more than four years since Ed Sheeran last released an album, but that all changed with his new project, = (equals). Ed spoke with Audacy’s Karen Carson about the making of the record and went inside the songs.

Billie joined Audacy’s Julia on the eve of the release of her latest album Happier Than Ever and gave us an inside look at the record and how she was feeling the day before the release.

Demi Lovato joined Audacy’s Julia on the heels of their groundbreaking documentary alongside their brand new album called Dancing With The Devil… The Art of Starting Over.

Justin told Audacy’s Julia all about the making of his new album Justice and revealed why it’s the most personal one he’s released yet.

Audacy hosts Kevan Kenney and Bryce Segall were joined by Noodles and Dexter Holland of The Offspring for a special Check In following the release of their tenth studio album, Let The Bad Times Roll.

Oh how time flies… Lil Nas X joined Audacy’s Yesi Ortiz at the very beginning of the year as he said “2021 is more incredible singles… it’s all going to be one great huge roll out to this incredible album I’ve been working hard on.”

YUNGBLUD stopped by for a Check In with Audacy’s Klein and Ally right before he embarked on a massive North American tour.

Shakira joined Audacy host Julia following the release of her brand new single “Don’t Wait Up” to fill us in on her new song and what she had planned for 2021.

Audacy’s Julia caught up with BTS on “Butter” release day as they gave us a look inside their new hit single.

The BLACKPINK rapper released her first solo single “LALISA” in 2021 as she joined Audacy’s Bru to fill us in on what lies ahead for her solo career.