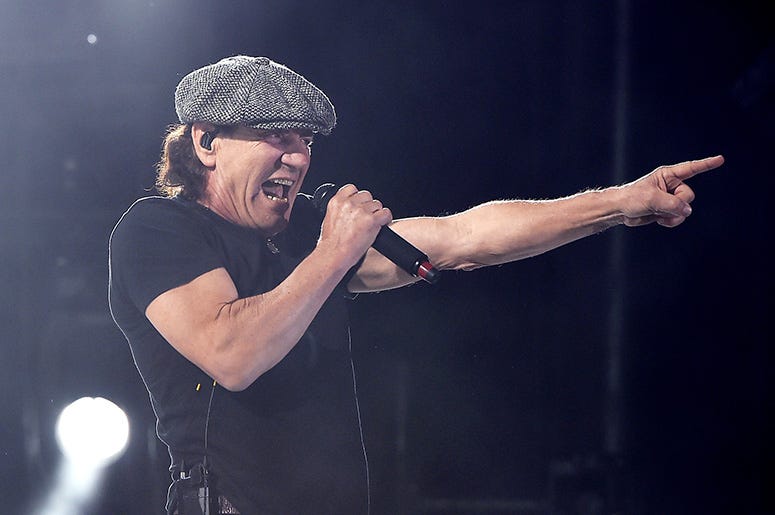 Brian Johnson must have been shooting for thrills when he and late guitarist Malcom Young stumbled around the Scottish Highlands with liquor and fireworks, on a mythic quest to find the Loch Ness Monster.

The AC/DC frontman expanded on the drunken night during an extensive interview with NME. “We both had these Land Rovers and we’d taken them for a trip around Scotland – Malcolm loved his fireworks and he’d taken a big box with him,” Johnson explained. Because, who doesn’t tote around a spare box of fireworks in their trunk?

In a haze of inebriated logic, the duo figured bright lights and loud noises would attract the beast. “One night, we were four sheets to the wind and staying at this hotel right on the side of the loch. Mal just said, ‘C’mon, let’s go and find the Loch Ness monster! I’ve got fireworks and it might attract it!’”

Unfortunately they returned to shore with no Nessy in toe. Brian recalls the late night being something to remember. “Mal had a drink in one hand, a box of fireworks in the other, and was trying to set fire to the loch. We were just howling. By the time we got back to our wives we had straw in our hair and were covered in mud. What a night!”

He headed out with Malcolm Young on a whiskey-fuelled hunt to find the mythical beasthttps://t.co/atwyrZZELp

Young succumbed to lung cancer and died in November, 2017. His younger brother, and band’s lead guitarist, Angus Young says he can, “still feel Malcolm communicating to me when I’m playing guitar.” Johnson even alludes to Malcom’s continued influence in their latest music.

“He’s left us – but he’s still there! In the studio and in everything he did. We’re all very aware of that,” he tells the magazine. “When your target is to pay tribute to Malcolm, you just really want to do well and you don’t want to let anyone down.”

AC/DC are set to release their first new album in six years, PWR UP, on November 13. Their latest single “Shot In The Dark” has produced a music video and online logo generator for fans.