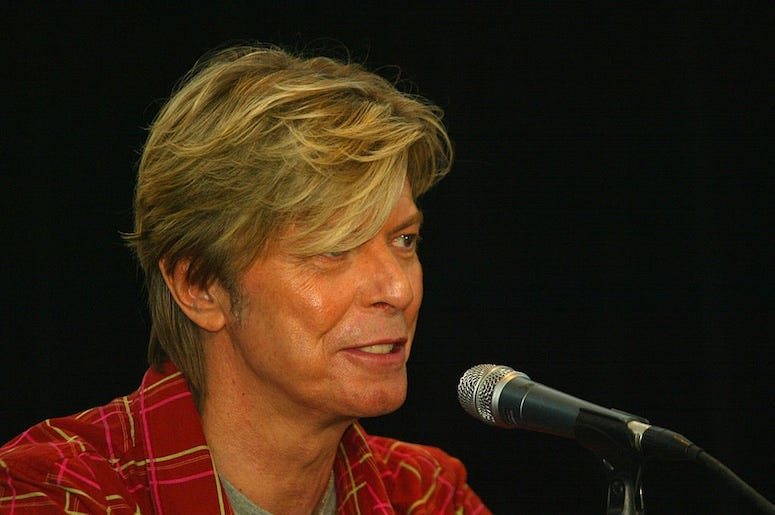 A 1983 David Bowie interview has gone viral over comments he made slamming MTV for the lack of Black artists shown on the network.

Bowie was taking part in an interview with MTV’s Mark Goodman and told him he was “floored by the fact that there’s so many," but so few Black artists “featured on it [MTV].”

“Why is that?” Bowie asked. Goodman responded that MTV is “trying to move in that direction.”

Bowie explains that music from Black artists are only broadcast in the overnight hours and “very few are featured predominantly during the day.”

The singer continued his criticism of the network saying, “there's one Black station that I keep picking up and there seems to be a lot of Black artists making very good videos, that I'm surprised aren't on MTV.”

Goodman responded that they have to play music that “not only New York and Los Angeles will appreciate, but also Poughkeepsie or [the] Midwest.” He then made a statement that “some town in the Midwest would be scared to death of Prince.”

Perhaps recalling that Prince is from the Midwest, Minnesota to be specific, Bowie flashed a befuddled smile saying, “that’s very interesting!”

The interview has gained vast attention on social media after author Morgan Jerkins shared the clip. Immediately, Twitter caught on applauding Bowie for addressing and speaking out on the issue.

In 1983, when David Bowie got MTV together and asked them why weren't they playing Black artists >>>>> pic.twitter.com/rHavzF6kqA