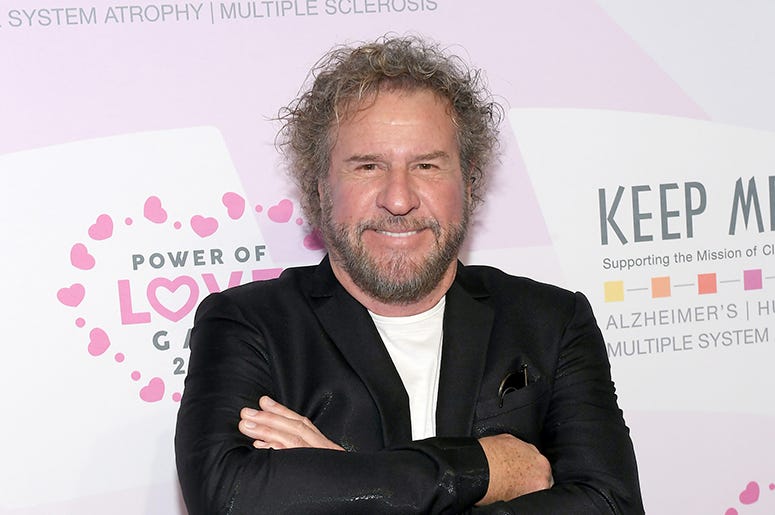 The “Red Rocker,” Sammy Hagar has opened up about the last phone call he had with late musical icon and former Van Halen bandmate, Eddie Van Halen.

Speaking with Variety, the fabled frontman remembers hearing the news about Eddie’s failing health and decided it was time for him to pick up the phone.

“Poor Eddie, broke my heart, but thank God we connected,“ Hagar lamented. “I heard he was in bad shape and I wanted to reach out; I finally said, ‘I’m just calling him.'"

That simple task of tracking down Eddie proved difficult at first, but a mutual friend in comedy was able to help.

While those around him were unable to connect the estranged bandmates, they were eventually put in touch by comedian George Lopez.

"I said, ‘Why don’t you respond? I’ve been reaching out,'" Sammy remembers saying to Eddie when he finally contacted him. Eddie's response: ‘Why didn’t you call me? Don’t f***ing call my brother, f***ing call me!’"

It seems that was all that Eddie wanted.

Guitar virtuoso and founding member of Van Halen, Eddie Van Halen passed away on October 6, 2020 in Santa Monica, CA after a long battle with throat cancer. He was surrounded by his family.