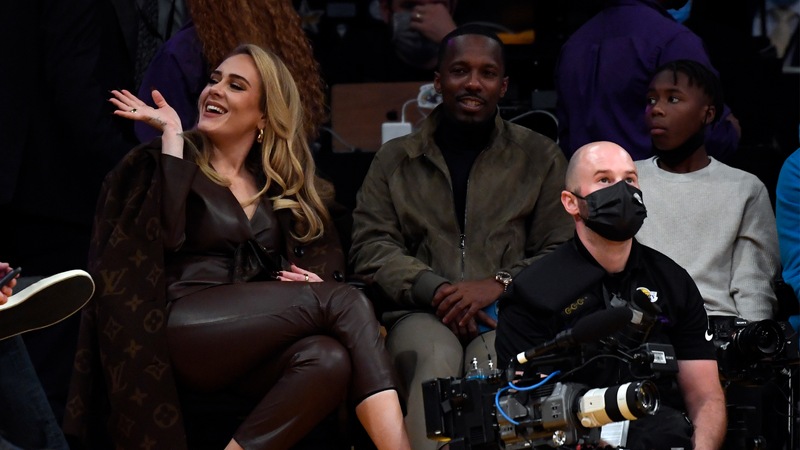 When it’s NBA opening night, you know that means lots of celebs sitting in courtside seats. Yup, that sure was the case for Adele and her newly IG official sports agent boyfriend Rich Paul.

The two were spotted sitting side by side to watch the Los Angeles Lakers take on the Golden State Warriors at the Staples Center for a little date night fun.

While the players brought their game on the court, Adele, who recently made her highly anticipated music comeback, had the fashion game on lock, slaying in a sleek skintight brown leather outfit showing off her highly buzzed about newly slimmed down physique.

Her makeup was flawless and her hair a voluminous masterpiece. And as if the fit wasn’t already lit, the “Easy On Me” singer layered up her all-brown ensemble with a Louis Vuitton coat featuring oversized versions of the luxury brand's famous monogram, and finished off the look with pointed toe black heels. 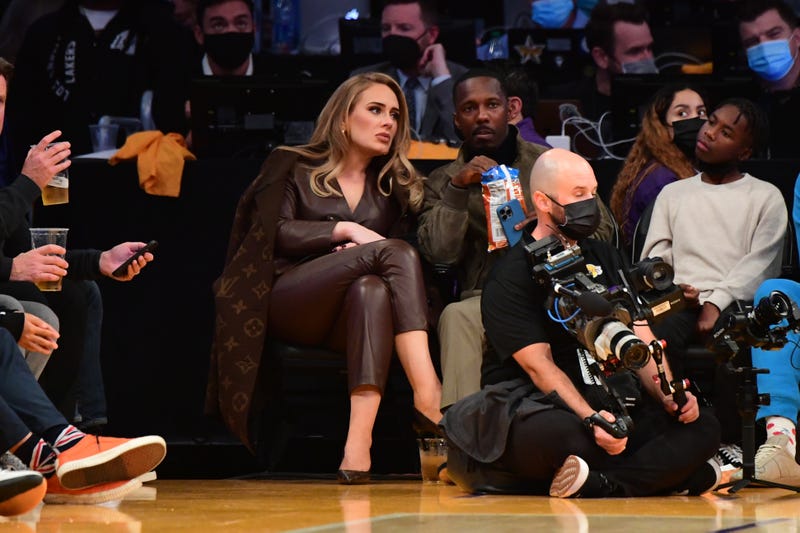 As for Rich, who just so happens to manage both Warriors star Draymond Green and overall legend and Lakers player LeBron James, he kept things casual in a a black turtleneck, structured suede gray/green zip-up jacket teamed with similarly colored tailored pants and dress sneakers.

Both Adele and Rich seemed in high spirits, smiling and enjoying both the game and some quality time. And they weren’t the only ones, some other celebs in attendance included Kevin Hart, Usher, James Corden, Jack Nicholson, and newly announced WCS performer Saweetie.

If you didn’t know, Adele and Rich have been dating for a several months now. Their first public appearance together was actually also at a basketball game — game five of the 2021 NBA Finals back in July to be exact (wait, omg is this their thing?!). Since then, Adele has opened up about her relatively new relationship.

While promoting her upcoming album 30, the GRAMMY winner shared with British Vogue, that they are "very happy" and he isn't "frazzled" by her global fame.