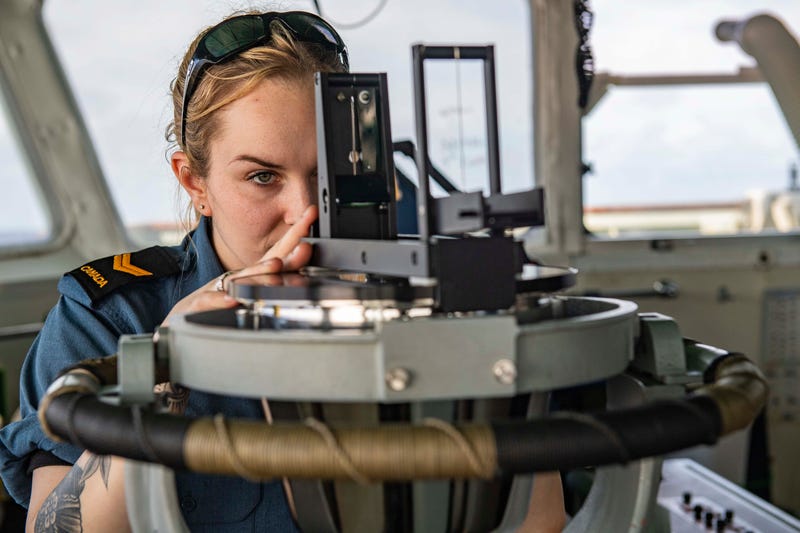 Currently the Canadian military is comprised of 15.9 percent female service members. They are hoping to increase those numbers to 25 percent in the coming years and have planned some rather interesting marketing gimmicks to make it happen. According to documents obtained by the Ottawa Citizen, the Canadian military is finding it more difficult to find qualified males, so they have to augment deficiencies by recruiting more women. "It would be ludicrous for the CAF [Canadian Armed Forces] to exclude half the population," one document reads.

The Canadian military's analysis indicates that women have an aversion to military service, due to a belief that female soldiers are prone to PTSD and sexual harassment, with no support from their government. The report said that Canadian women have a, “discomfort with a profession that involves combat.” And that young women do not want to serve in a profession that will limit their freedom and personal lives, the Ottawa Citizen reported.

To convince more women to sign up, the Canadian military is looking to improve their image. One focus is to appeal to women's love of style. The documents released to the Ottawa Citizen said that the Canadian Armed Forces Dress Committee is, “composed of middle-aged males whose outlook is not reflective of current trends amongst the target demographic.” To rectify the situation, the Canadian military is looking to put more female soldiers on the dress committee, making the dress uniform skirt shorter and slimmer, and giving the female troops more stylish shoes to wear.

A number of propaganda recruitment commercials are also proposed, such as a advertisement in which a male soldier drives his female colleague home and waits to make sure she gets inside safely. "That message is aimed at reassuring women that they are safe in the ranks, despite ongoing concerns about sexual assault and harassment in the Canadian Forces," the paper reported.

The Canadian Armed Forces are also looking at social media ads. One proposal would be a picture of a female soldier throwing a grenade with the caption, “Of course I throw like a girl but I never miss.”

Some of these endeavors may come across as anachronistic to some but recruitment is imperative to the Canadian government's view of national security. 158 Canadians have died in the Global War on Terror. Canada is the only country to participate in every United Nations peacekeeping operation with some describing peacekeeping as a part of Canada's national identity.