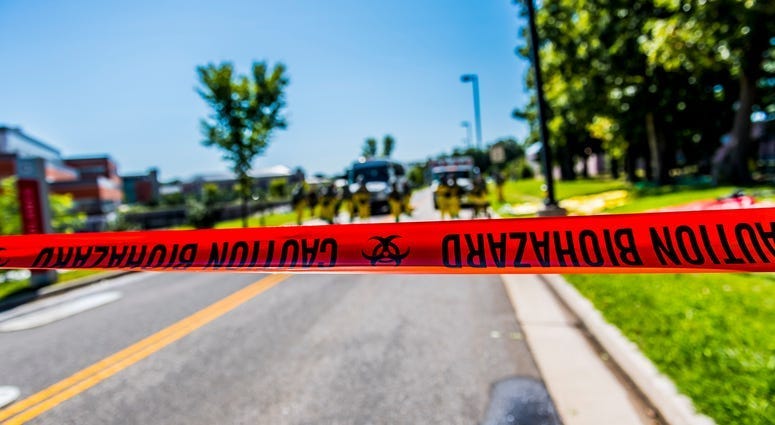 In the field of epidemiology, the study of epidemics, there is what is known as Farr's Law. Named after William Farr a few centuries ago, the law states that the rise and fall of epidemics follows a bell curve. Infections and deaths rise before hitting a peak and then rapidly declining at a similar rate to which they increased. According to William Farr's distant relative, Dr. Warner Farr we are not anywhere near the peak of that bell curve yet when it comes to the spread of COVID-19, also known as coronavirus.

"We're on the early side, not even close to the top yet. No one knows if every swinging Richard is going to get it or not and no one knows how many are going to die so the whole pattern is unknown," Farr told Connecting Vets. Farr is currently a professor teaching pathology and is a retired Special Forces Officer.

The military is unlikely to be hit by COVID-19 as hard as the general population because the virus particularly affects the sick and elderly according to the Center for Disease Control. American servicemembers are generally in good health and young with an average age of 27.

"Most of the military is in good health, I don't know if the virus would prevent them from doing their job but my concern is on an aircraft carrier or something they would not be able to be redeployed because they are on quarantine and that would be more concerning then them able to do their job," said Tracy Walder who worked to counter biological weapons as a CIA officer assigned to the counter-terrorism center.

Retired CIA officer Sam Faddis agreed with that assessment saying, "you can't run a military without large groups of people crowded together. What do you do when you have this shit rampaging aboard an aircraft carrier with everyone sleeping in bunks. Or a ballistic submarine out on patrol?"

The problems are further compounded as COVID-19 can be spread by carriers who are asymptomatic making screening procedures irrelevant. Faddis agreed that young healthy soldiers likely won't suffer the worst effects of the virus, but even if it just makes them sick for a few weeks it could interrupt deployment schedules if a percentage of a battalion gets sick. "If an aircraft carrier is to put out to sea then has to go back to San Diego that's a pretty big deal."

"We don't really have enough data but generally it seems with the age of the soldier population they will get it, have it for a few weeks, get over it, and be fine. You might have units go down but you can pick the healthy ones to create formations," Farr explained.

Farr points out that for soldiers and their family members, they will be facing a lot of the same problems with the health care system as others.

"If this thing spreads there will not be enough beds, and ICU beds, and specifically ventilator beds. People with bronchitis and diabetes and other issues are the worst off. It is unclear what the natural history of this is going to be," Farr said.  "What has changed in military medicine is that we don't have many hospitals, everyone goes down to Tricare. There are not many military beds, ICUs, and respirators. We have some but not like it used to be with huge hospitals like Walter Reed. Even little posts like Rucker had hospitals. In-patient services have gone down because it is cheaper to send them out on the economy. The capacity of the military's ability to take care of itself has gone down. It is still there for war if you want a field hospital but we don't have that home station stuff."

On the home front, soldiers and civilians will largely be on the same line waiting for health care.

Walder and Faddis both spoke to Connecting Vets about how COVID-19 is effecting international shipping, including the delivery of medical items and military equipment from China. Walder went further saying that "this shows people contemplating biological attacks how vulnerable we are to this kind attack. The national security angle is not being talked about, maybe we don't want to draw attention to it. But the impact this is having on the American public is really disturbing and sends a message to enemy nations and terrorists about how vulnerable we are to the introduction of a biological agent."

"This is just a new virus that has been introduced into our ecosystem and we will probably see it again. Just like people still get the plague, it didn't go away entirely," Walder said. "The 1918 Spanish Flu came in spring, came back in the fall, and was worse, then it came back the following winter and that was it and went away," Farr said, also pointing out that COVID-19 could make more than one appearance after the current global pandemic dies down.

But overall, Farr felt that the U.S. government is not doing a bad job responding to the outbreak and the director of the National Institute of Allergy and Infectious Diseases, Anthony Fauci is a good choice to lead the effort.

"Fauci is on it and he's good. Trump is not helping things because he keeps minimizing things," he said. "He should be underpromising and overdelivering and he's not there yet."