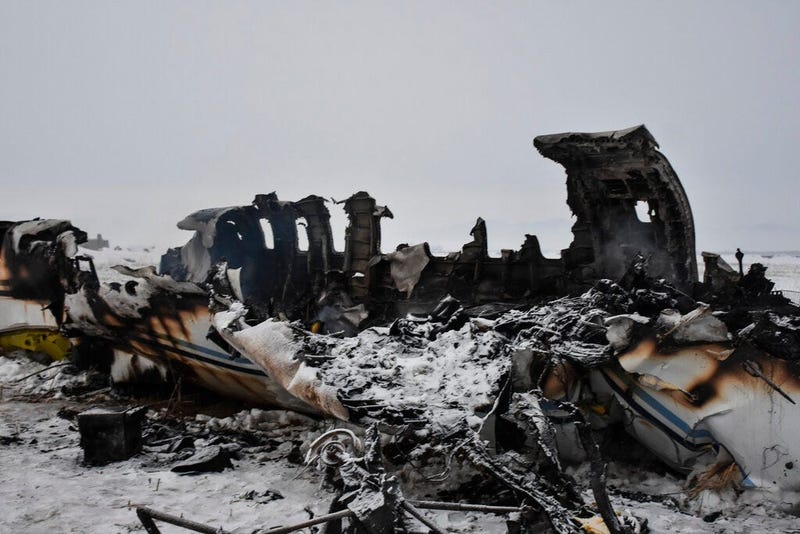 According to a statement from the Pentagon, the remains "were treated with dignity and respect by the local Afghan community, in accordance with their culture."

The E-11A functions as a Battlefield Airborne Communications Node (BACN), essentially acting as an airborne relay station for communications traffic between ground units and other aircraft. While the cause of the crash is unknown, video footage uploaded by pro-Taliban social media accounts appears to show that the pilots made a controlled emergency landing before the aircraft burst into flames. Col. Sonny Leggett, the Pentagon spokesman for U.S. forces in Afghanistan released a statement saying that “there are no indications the crash was caused by enemy fire.”

While some reports in the media stated that there were five Americans killed onboard the E-11A, a source speaking to Connecting Vets on the condition of anonymity said that there were only two American casualties onboard. Additionally, there were two local nationals killed on the ground when the plane crashed. Despite the difficult weather conditions, SEALs assigned to Naval Special Warfare Development Group (commonly known as SEAL Team Six) reached the crash site, recovered the remains of the pilots, and secured the E-11A's flight recorder.

The names of the service members killed aboard the plane are being withheld until 24 hours after notification of next of kin is complete.