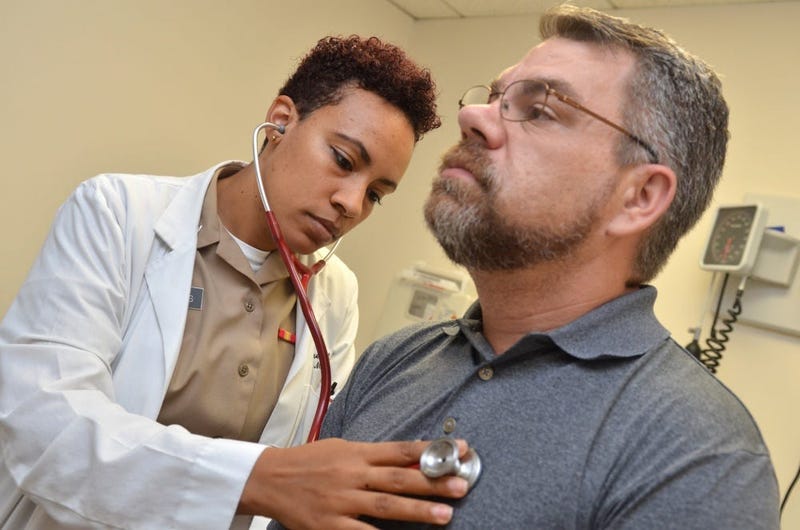 For more than 60 years, each branch of service has managed its own healthcare system. But all that is changing.

Last October, the Defense Health Agency began taking over each military hospital and clinic -- moving them from individual service branches’ medical commands to Defense Department authority. The transition is taking place in phases, aiming to have all military hospitals under DHA by 2021.

Under the 2017 defense spending bill passed by Congress and signed into law by then-President Barack Obama, DHA was directed to manage military hospital budgets, IT, administration, policies and procedures and construction. The changes also include "the authority to convert military medical and dental positions to civilian positions," with remaining staff in uniform focused mainly on operational medicine. DHA already manages Tricare.

By this October, about half of all military hospitals and other medical facilities are expected to be under DHA jurisdiction, with the aim to wrap up in two years or fewer.

The effect those cuts (expected as soon as October 2020) will have on the military community -- active, families and veterans -- remains to be seen.

Meanwhile, DHA is expected to grow as it moves from managing two hospitals to more than 50.

“From a patient perspective, most of these changes should go unnoticed,” Bono said. “Patients expect, and will receive, the same high quality, trusted care they have come to know at our military treatment facilities. Providers can expect to focus on practicing medicine and maintaining their preparedness in the event of crisis.” 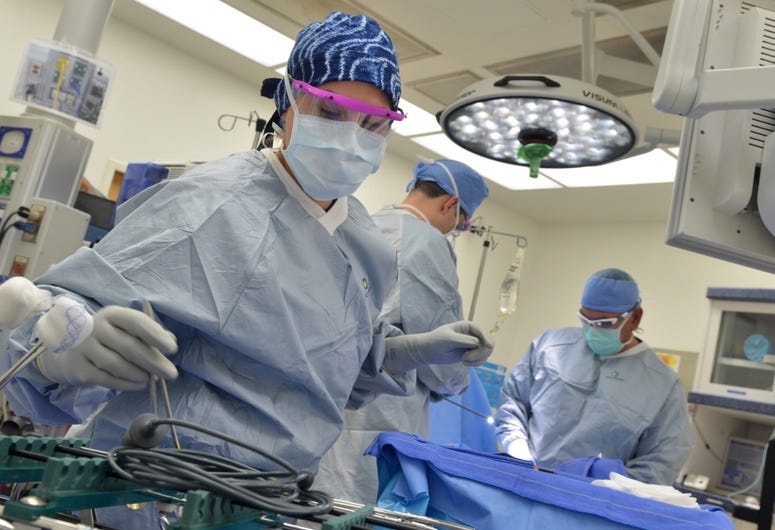 The goal of the transition is to meet legislative and executive expectations to cut costs without compromising care, said Dr. Barclay Butler, assistant director of DHA and a retired Army colonel.

“That’s really what Congress is driving us towards,” Butler told Connecting Vets. “Improve readiness, health and care at lower costs. Over the last four or five years, Congress is pushing the Military Health System to find more efficiencies.

“How can we be better stewards of the taxpayers’ money while we are meeting that readiness and health mission?”

“Some hospitals were doing it one way or another to no good purpose,” Butler said. Under DHA, that’s changing. The plan is to take the best strategy and apply it across the board.

“The Army is really good at financial systems,” Butler said. “So we’re going to standardize that across all hospitals and clinics. That kind of standard of performance leads to improved quality at lower cost.”

The plan is to end management by branches, and instead create geographic regions, or markets, instead, Butler said, standardizing business processes such as appointment scheduling and referrals across all military hospitals.

“This allows us to create centers of excellence,” he said, adding that the first markets included areas such as Womack Army Medical Center on Fort Bragg, North Carolina and Naval Air Station Jacksonville in Florida.

“And guess what happened?” Butler said. “Wow, nothing. It all worked just fine. Because doctors and nurses and care teams care about their patients and they made sure their patients got the care they needed.”

The cuts and other changes coming to local medical centers are aimed at efficiency, not reductions in care, Butler said.

“Every hospital pretty much thinks they need to provide all services to all patients,” he said .”That just isn’t the way healthcare is delivered in this country.”

But cutting thousands of medical corps jobs has caused some concern among veteran service organizations and members of Congress, who stepped in with an attempt to ensure the process does not move forward without further analysis.

The House Appropriations Committee passed a draft defense spending bill that would withhold $250 million from DHA until an in-depth report on personnel cuts is produced. The $250 million was earmarked by DHA to hire civilian and contract workers.

While hospital relocations aren’t “on the radar” today, Butler said moving care teams -- including doctors, nurses and technicians -- may change.

“The overall care will remain the same .. exactly where you get it may change.”

Hospital consolidation or growth could be on the horizon, Butler said. “I do see that happening over the next 5-10 years,” he said. “Congress will be very interested in that.”

The expected challenge of mixing branches has so far turned out to be a nonissue, DHA leaders said.

“The biggest challenge we thought we would face would be that the Army leaders love Army medicine and the Navy leaders love Navy medicine… but the fact of the matter is, based on our deployability we’ve all interacted with other services … We thought it was going to be a challenge,” said Maj. Gen. Ronald Place, director of the Transitional Intermediate Management Organization (TIMO), which oversees the initial transition. “As it turns out, it’s not. As long as what we are offering to our line brothers and sisters is high-quality health care both here in the United States and in a deployable situation, that’s what they want. In fact, they’re embracing it because of that.”

There’s no better time than now to make the transition and bring military hospitals under the umbrella of DHA, Butler said.

“With the constraints and pressures we have on the DoD budget, we just have to be better stewards of taxpayer money,” he said. “The dollars we return then allow DoD to invest in lethality of the force.”

20 veterans die by suicide daily. A new bill aims to discover the role of prescription drugs.