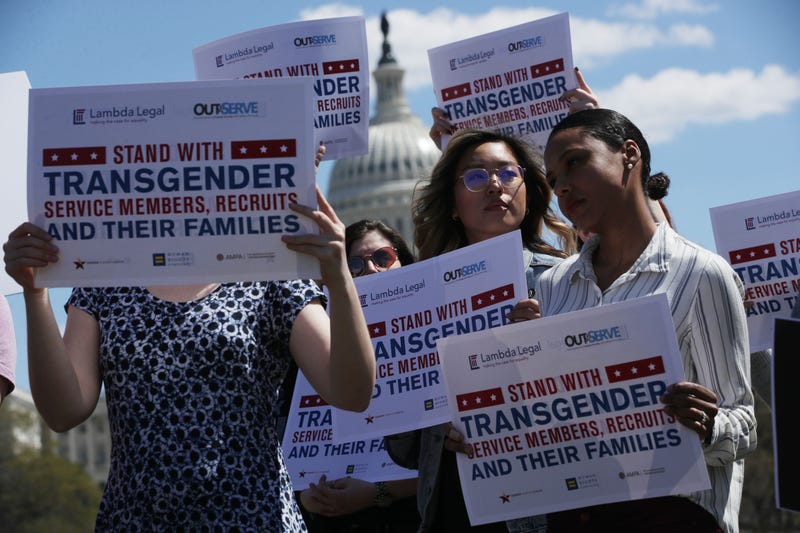 A total of 116 House Democrats signed and sent a letter to Secretary of Defense Mark Esper calling for the immediate end of the ban on transgenders in the military.

“In light of the U.S. Supreme Court ruling … we urge the Department of Defense (DOD) to immediately update its policies to eliminate the ban on open transgender military service,” lawmakers wrote in the letter. “Additionally, to prevent further harm to transgender service members, we urge the DOD to instruct the Department of Justice (DOJ) to negotiate the end to litigations challenging the ban.”

So, as of Monday's ruling, firing or discriminating against transgender employees is likewise prohibited by Title VII.

The question still remains how that ruling will impact the military. While the military is subject to any Supreme Court ruling through the Uniform Code of Military Justice -- so the military is not necessarily exempt from this newest development in transgender rights -- there are ways the military could adjust its ban on transgender personnel to adhere to the June 15 ruling.

The letter calls for the end of the transgender ban within the military as well as the resolution of four cases of litigation against the ban.

"Prolonging the litigation in the face of almost certain defeat, and thereby prolonging the existing policy, will continue to inflict serious harm on transgender people seeking to serve our country and on those already serving while living in the shadows, enduring the dignitary harm of being told they’re a burden," the letter reads.

"Now that the Supreme Court has ruled that LGBTQ people are protected from workplace discrimination, we must ensure these protections are extended to every American, especially transgender service members," Gillibrand said.

"If individuals are willing to put on the uniform of our country and risk their lives for our freedoms, then we should be expressing our gratitude to them, not trying to kick them out of the military," Collins said.

In May of this year -- more than a year after the transgender ban went into effect -- the Navy approved its first waiver allowing a transgender individual to serve under their preferred gender.