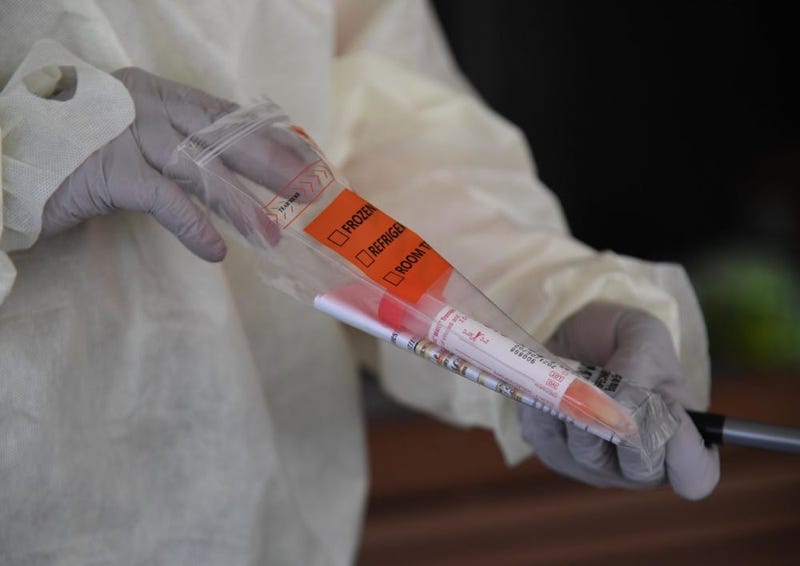 The number of patients dying because of complications of the coronavirus at the Department of Veterans Affairs continues to grow, and on Tuesday it surpassed 2,000.

At least 2,041 VA patients had died of the virus as of July 28, according to department data, meaning about 5.5%. of people infected with the virus eventually die because of complications related to it. The mortality rate at VA has fallen in the last month, after reaching as high as 8.5% in June.

Among all Americans, though, the death rate is about 3.5%, according to the most recently available data from the Centers for Disease Control and Prevention.

The number of patients infected with the virus who need hospitalization continues to fall, VA officials said.

In March, VA saw 38 percent of its COVID-19 patients hospitalized, 24 percent in April, 21 percent in May and 18 percent in June, according to VA Press Secretary Christina Noel.

Though VA has seen hotspots for active cases and hospitalizations in Texas, Florida, Arizona, South Carolina and California, the VA hospitals with the highest number of deaths remain New York, New Jersey and other areas that saw early spikes during the first months of the pandemic.

The number of active COVID-19 cases across the department increased significantly in June and July, climbing more than 407% from a low point of 1,252 active cases June 3, to 6,356 July 20. On the evening of July 27, VA recorded 6,213 active cases. By the morning of July 28, that number was 5,633, and active cases were fluctuating daily, showing some signs of leveling, though those cases were still up nearly 350% since the beginning of June.

VA data shows that at least 14 medical centers have more than 100 active cases of the virus. Testing at the department has also steadily increased, reaching more than 456,000 tests nationwide as of July 28. In May, Noel said the department was testing about 2,745 individuals per day. In June, VA was averaging closer to 4,356 tests per day.

VA has released little demographic data about its COVID-19 cases, but department data shows that Black and Hispanic veterans make up nearly half of all VA's cases.

As of mid-July, 34% of veterans who tested positive at VA were Black and 13% were Hispanic, according to department data provided to Connecting Vets last week. About 46% of positive tests were white and 7% were "some other race or unknown."

The data was limited to veterans tested and treated at VA medical facilities nationwide.

But not all veterans qualify for or receive care at VA. Black veterans represent about 12% of the overall veteran population and about 7% are Hispanic, compared to 77% white veterans and 4%  other, according to the department.

The mortality rate for veterans at VA infected with the fast-spreading virus "does not differ by race," Noel said previously, though she did not provide any data.

In May, VA officials warned that Black and Hispanic veterans could be at higher risk for COVID-19, though the department refused to share the data it based that warning on. Officials said the data was not "statistically significant" enough to share publicly at the time.

VA still is not publicly releasing a breakdown of its COVID-19 cases by race. Its public-facing data shows overall cases, convalescent cases, active cases, deaths and cases by location, but does not provide any demographic data on those cases, recoveries or deaths.