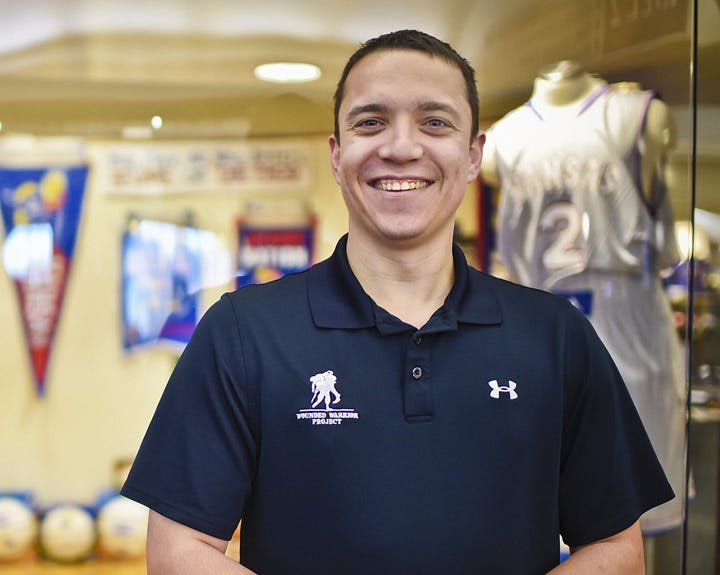 There are two dates that stand out in Brent Whitten’s life.

“My generation had its Pearl Harbor moment on Sept. 11,” Whitten said.

Whitten was a sophomore at Washburn Rural High School in Topeka, Kansas when the attacks occurred 18 years ago.

“I remember walking between first hour and second-hour class," he said. “There was a huge rumbling in the hallway about the attacks in New York City. This was before social media. It was just kind of like word of mouth between 15 and 18-year-olds.”

Televisions had been set up in classrooms. Students, teachers and staff members gathered around, taking in the aftermath of the attacks.

“That was really my moment,” Whitten said. “I always thought about joining the military, both my grandfathers served in the military. That kind of cemented it for me, my desire to serve.”

Whitten had to wait until he was a high school junior before enlisting in the Army but by December of 2005, he was in Baghdad, serving as a gunner on a Humvee.

Whitten was hunched down in his Humvee’s gun turret and on patrol in the streets of Baghdad when a suicide bomber drove into the vehicle’s right side.  He described the attack’s aftermath like waking up from a nap that he’d never taken. The blast knocked him out and he woke up to find he’d been hit. His hands looked melted, his uniform black and he couldn’t move his legs. 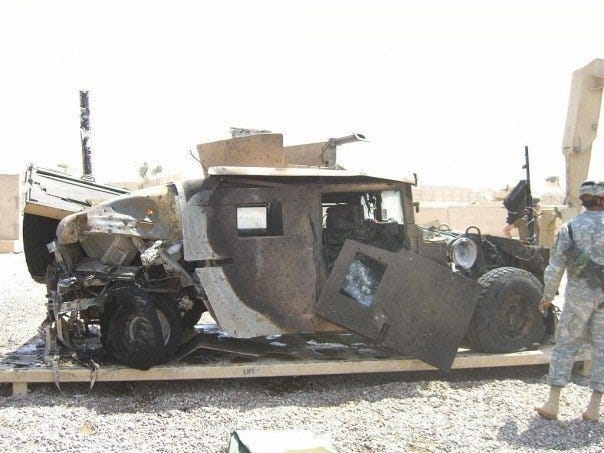 The interior of the Humvee was filling with smoke and flames. Using his arms to pull himself out, he rolled out to the street below.  The attack left him with severe burns on his face, back and arms, a broken pelvis, and traumatic brain injury.

“Looking at it big picture, so many people throughout history had it so much worse,” Whitten said. “It’s not really that bad. My skin kind of healed naturally.”

After spending a couple of days in hospitals in Iraq and Germany, Whitten spent two months at Brooke Army Medical Center in San Antonio, Texas.  About a week into his stay, he received a backpack from the Wounded Warrior Project filled with toiletries, CDs and most importantly, shorts and a T-shirt that replaced his hospital gown.

He urges his fellow wounded warriors to not give in to self-pity and self-doubt. Instead, they should continue their road to recovery with a positive mental attitude and laughter. As proof of that, Whitten celebrates his “blown up day” every year with jokes and laughter, surrounded by family and friends. At the party last year, the message on the cake read “12 years have blown by.”

“I do think laughter is the best medicine,” he said.

To learn more about the Wounded Warrior Project and Whitten, go to https://www.woundedwarriorproject.org.