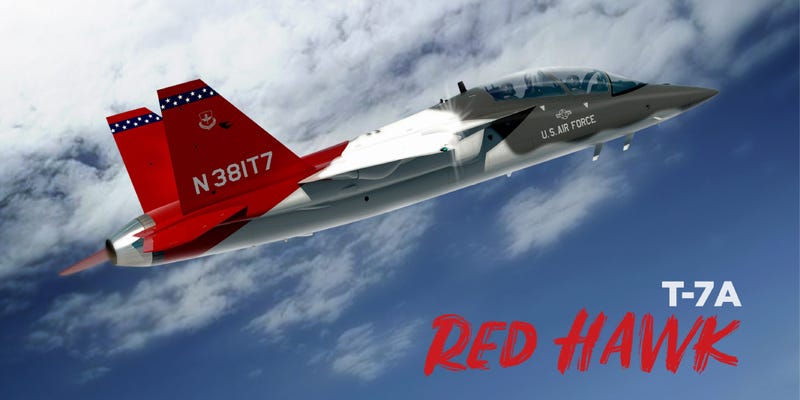 The Air Force is honoring its past as it flies into the future.

“The name Red Hawk honors the legacy of Tuskegee Airmen and pays homage to their signature red-tailed aircraft from World War II,” Donovan said in an Air Force release.

Donovan made the announcement during his speech at the 2019 Air Force Association’s Air, Space and Cyber Conference Monday in National Harbor, Maryland.

The name is also in tribute to the Curtiss P-40 Warhawk, a fighter aircraft that first flew in 1938 and that was flown by the Tuskegee Airmen.

One of the original Tuskegee Airmen, Col. Charles McGee, who flew more than 400 combat missions during World War II, Korea, and Vietnam, was on hand for the announcement.

“The T-7A will be the staple of a new generation of aircraft,” Donovan said. “The Red Hawk offers advanced capabilities for training tomorrow’s pilots on data links, simulated radar, smart weapons, defensive management systems, as well as synthetic training capabilities.”

The Air Force awarded Boeing a $9.2 billion contract to Boeing in September 2018 that calls for 351 T-7A aircraft, 46 simulators, and associated ground equipment. The new equipment will replace Air Education and Training Command’s 57-year-old fleet of T-38C Talons, according to the release.

The first T-7A aircraft and simulators are scheduled to arrive at Joint Base San Antonio Randolph  Texas in 2023.

Home to Tuskegee Airmen and Rosa Parks invites you to visit