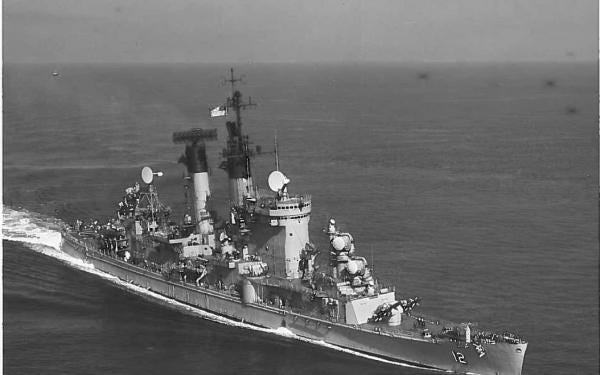 Lawmakers and veterans service organizations are joining the call to urge Veterans Administration to lift a block on processing Blue Water Navy Vietnam veterans' disability claims, following one veterans' advocacy group filing a lawsuit in federal court intended to do just that.

Lawmakers and VSOs are asking VA Secretary Robert Wilkie to lift his stay on processing Blue Water disability benefits claims instead of waiting until next year to begin, arguing that some veterans can't wait -- or won't make it -- until Jan. 1, 2020.

In a letter sent Tuesday, House Veterans Affairs Committee Chairman Rep. Mark Takano, D-Calif., and 11 other Democrats asked for more information on what the VA is doing for the Blue Water veterans and asked for special consideration of older and ill veterans who are already filing claims.

The nexus of the issue, including the pending lawsuit from Military Veterans Advocacy, is Wilkie's decision to delay processing the claims following President Donald Trump signing the long-awaited Blue Water Vietnam Veterans Act. The stay effectively stalled the benefits many veterans exposed to Agent Orange thought they had finally gained with the passage of the recent bill after decades of fighting.

The Veterans Benefits Administration and Board of Veterans Appeals were ordered by Wilkie to stay any decisions on claims for disability compensation based on service in the offshore waters of Vietnam beginning Jan. 9, 1962 and ending May 7, 1975, a memo obtained and first reported by Connecting Vets reads.

AMVETS said Wednesday it was joining the call to ask Wilkie to "lift or modify the blanket stay" on Blue Water claims and "immediately begin processing, adjudicating, granting and paying veterans for Agent Orange-related claims."

“While we understand the Veterans Benefits Administration’s processing system and employees will see an overwhelming bombardment of claims, we simply cannot ask those seriously ill and in need of resources to wait any longer,” Joe Chenelly, national executive director of AMVETS said in a statement to Connecting Vets. “VBA will need to equip itself with more personnel and resources quickly, because the fact of the matter is that many veterans don’t have another six months to wait.”

In his memo, Wilkie said the legislation approved by both chambers of Congress and signed by the president gives him the authority to delay the claims until next year. But the lawsuit says that's not the case, arguing that Congress' intent was for claims to begin being processed before the Jan. 1, 2020 effective date and calling Wilkie's stay an "untimely and unlawful decision." Wilkie repeated his defense, that he was "following the law passed by Congress" by issuing the delay, during a speech at the Veterans of Foreign Wars convention in Florida Tuesday.

"While VA may exercise its right under the act to stay blue water claims (until January), we have questions about the decision to stay all claims without exception,” lawmakers wrote in their letter. "As we know, some blue water veterans are suffering from debilitating illnesses related to herbicide exposure and cannot wait until January for assistance. We also know some veterans previously received disability benefits based on blue water service before VA changed course, cutting off those benefits. For these veterans, relief could be as easy as reinstating previously established service connection.”

In the July 5 news release, a few hours following Connecting Vets' original report on the stay, the VA said Blue Water veterans are "encouraged" to submit their claims for conditions related to Agent Orange. Veterans 85 and older, or "with life-threatening illnesses" will have "priority in claims processing," VA said. But those claims will not be decided until 2020, according to Wilkie's order.