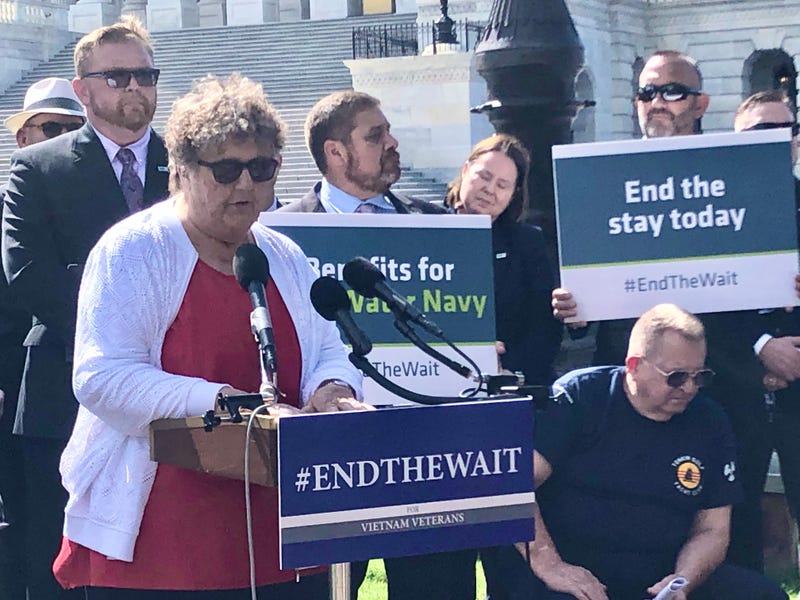 On Friday, the Federal Circuit Court of Appeals will hear oral arguments in a lawsuit filed by a veterans nonprofit group, Military Veterans Advocacy Inc. (MVA), asking that the delay on processing those claims ends. The delay affects more than 400,000 veterans or surviving family members who could be eligible for benefits, according to VA.

After decades of trying to win disability benefits from the VA, thousands of Blue Water veterans exposed to toxic herbicide Agent Orange are still waiting for a chance to receive disability benefits -- even after a landmark court decision and a law awarding those benefits passed Congress and was signed by President Donald Trump.

The lawsuit attempts to overturn the stay ordered by Wilkie and first reported by Connecting Vets in July. The stay was allowed under the law passed by Congress and the president, Wilkie says, and it stalls all claims processing until Jan. 1, 2020.

The lawsuit also attempts to clarify the Procopio v. Wilkie Federal Circuit Court decision, which reversed a 1997 VA decision to deny that Blue Water veterans were exposed to Agent Orange while serving offshore of Vietnam. The Procopio decision earlier this year meant that the VA should presume veterans who served in the waters off the coast were exposed to Agent Orange at