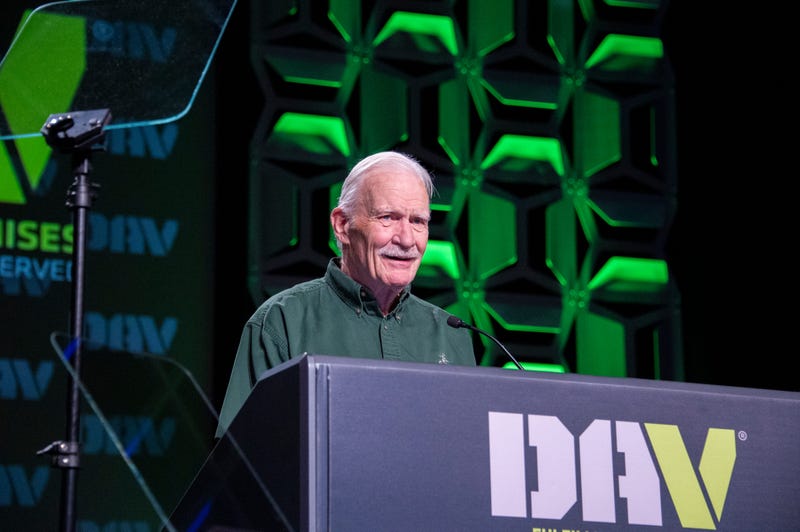 When it comes to award-winning storytellers, Retired Marine Capt. Dale Dye is in a class by himself.

As the creative force behind films like Oscar-winning Platoon, Band of Brothers, The Thin Red Line, and Saving Private Ryan, his influence ensured we saw the gritty realities of war. In addition to the acclaim he’s received in Hollywood, Dye’s military career includes awards like; Bronze Star, Navy Commendation Medals, Purple Hearts, and several others for combat and bravery during Vietnam.

On Saturday, August 3rd,  Dye added a new award to his mantle as he accepted the 2019 DAV (Disabled American Veterans) Bugle Award at the organization’s national convention in Orlando, Florida. The award honors his lifetime of achievement in ensuring accurate, honorable and realistic portrayals of military service in film, television, print and digital media. 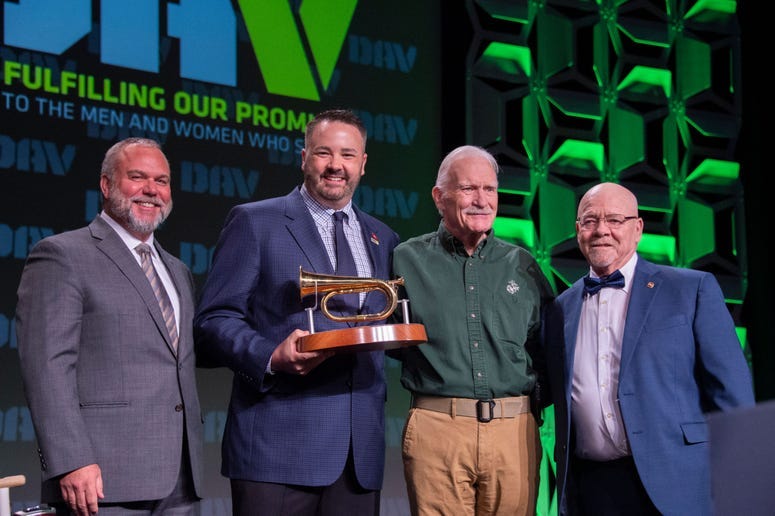 “Dale forever changed the way war movies were made, and there is no one more deserving of this year’s Bugle Award,” said DAV National Commander Dennis Nixon. “For decades, Dale Dye has worked tirelessly to ensure the stories of our military members are not just told but are told with the accuracy, realism, and attention to detail that does justice to the real-life subjects being portrayed.”

When asked about the importance of telling military stories Dye said, “The plain fact of the matter is, not as many people now serve. It’s a small percentage of the American population … And I’ve always felt it’s important that those who don’t know anyone in the service, or who haven’t served themselves, get a feel for service and sacrifice. Who we are, how we talk to each other, how we think, what our emotions are … And now that we’re in a media-saturated society, it’s important that we do it right. That we get the details right.”

A DAV life member and decorated veteran who was wounded in combat three times in Vietnam, Dye found a unique way to continue serving after his illustrious military career—he moved to Hollywood, founded a company called Warriors Inc., and through his work as an actor, technical advisor, writer and director, made a second career by ensuring the authentic portrayal of wartime service and the sacrifices veterans make on screen.

The DAV Bugle Award was created in 2005 to recognize the outstanding contributions of members of the media in support of disabled veterans.