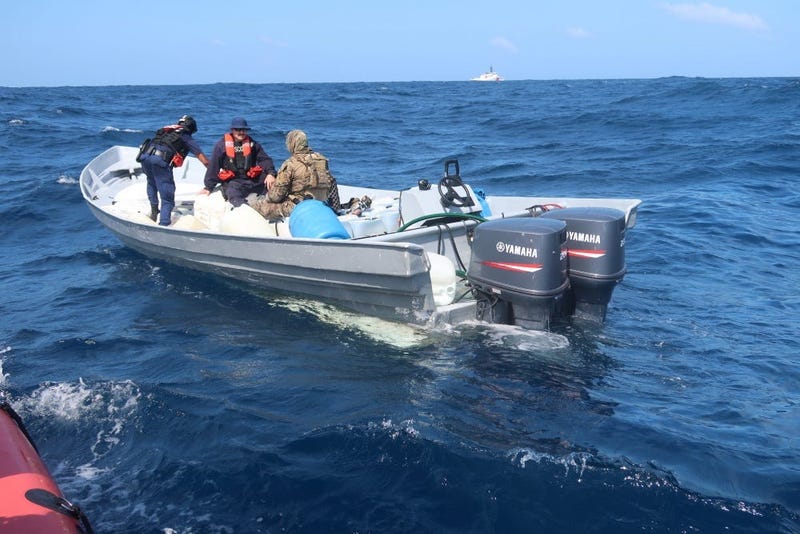 The crew of the Coast Guard Cutter Hamilton offloaded approximately 11,500 pounds of cocaine and around 17,000 pounds of marijuana on Thursday.

According to a news release, the haul was worth more than $228 million.

“We are proud to support the president's national security strategy by keeping illegal drugs off American streets," said Capt. Timothy Cronin, commanding officer of the Hamilton. "I am extremely proud of this crew as they sailed short-handed due to the COVID-19 pandemic and delivered tremendous results."

Coast Guard cutters and U.S. Navy ships seized and recovered the contraband during 13 interdictions of suspected drug smuggling vessels. Hamilton’s crew was responsible for nine interdictions, seizing about 9,700 pounds of cocaine and 9,000 pounds of marijuana.

Another day, another pot bust for the Coast Guard

The Hamilton is a 418-foot national security cutter homeported in Charleston, South Carolina. The Resolute is a 210-foot medium endurance cutter home-ported in St. Petersburg, Florida. The USS Nitze is a 510-foot Arleigh Burke-class destroyer homeported in Norfolk, Virginia. The USS Shamal is a 179-foot patrol coastal ship homeported in Jacksonville, Florida.