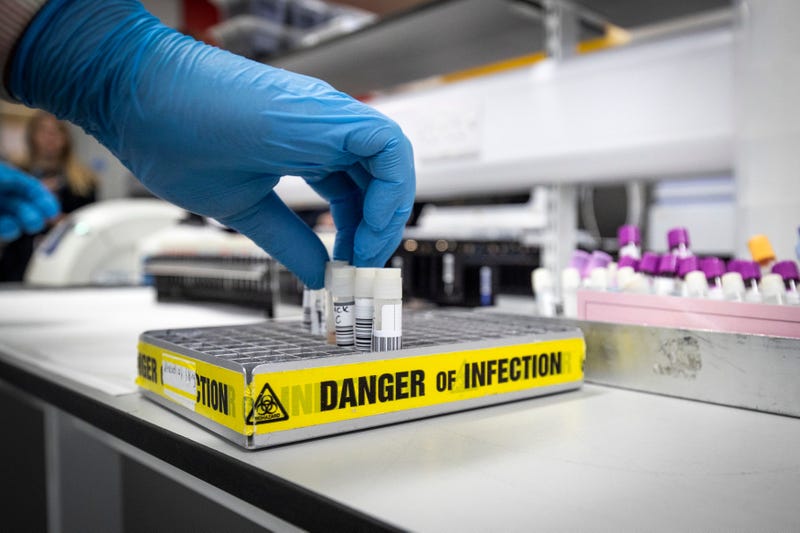 The first active duty U.S. soldier has been diagnosed with coronavirus and installations continue to postpone operations and close facilities as the disease spreads.

At a meeting between Secretary of Defense Mark Esper and South Korean Minister Jeong Kyeong-doo, Jeong said the situation is "quite serious" and that joint training operations in the region — which have already been drawn back — could be further postponed. There are 13 confirmed coronavirus cases in the South Korean military in addition to the one U.S. military case.

South Korea has the second-largest number of cases in the world with more than 1,200. In the last week, the number of infections has increased 15-fold. United States Forces Korea announced in a news release that they are "implementing all appropriate control measures" to help prevent the spread of the disease, but the risk level remains "high" for USFK peninsula-wide "as a prudent measure to protect the force."

A military dependent in South Korea has been diagnosed with coronavirus

The Department of Defense Education Activity has closed DoDEA schools in South Korea. According to Col. Edward Ballanco, commander of the U.S. Army Garrison Daegu, bowling alleys, movie theaters, and a golf course at the four U.S. bases near Daegu in South Korea have been closed. All restaurants on the installations are serving only take-out meals. The U.S. has roughly 28,500 troops in the country.

In Europe, facilities have been similarly closed at Aviano Air Base and U.S. Army Garrison Italy, Vicenza to include children and youth services, fitness centers, theaters, and worship services. On Sunday, Italy announced 132 confirmed cases and two deaths. Aviano Air Base announced a Town Hall for Monday evening so base leadership and representatives from the 31st Medical Group could answer questions about coronavirus for military personnel stationed on the installation.

Other installations in Europe are similarly planning.

First new virus case found among evacuees from China to US

Worldwide, more than 80,000 cases have been diagnosed in 34 countries and at least 2,700 have died according to the World Health Organization. President Donald Trump is expected to address the country in a news conference with officials from the Centers for Disease Control and Prevention at 6 p.m. on Wednesday.

The Associated Press contributed to this report.
—
Want to get more connected to the great stories and resources Connecting Vets has to offer? Click here to sign up for our weekly newsletter.