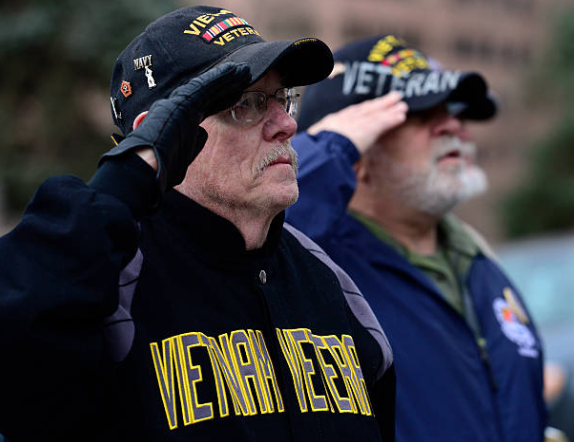 On Friday, the Federal Circuit Court of Appeals heard oral arguments in a lawsuit filed by a veterans nonprofit group, Military Veterans Advocacy Inc. (MVA), asking that the delay on processing those claims ends. The delay affects more than 400,000 veterans or surviving family members who could be eligible for benefits, according to VA.

Wells feels confident that, at the very least, VA will not be able to extend the stay past the original date of Jan. 1. However, there's a possibility that a decision comes back from the court ending the stay even earlier.

"We'll have to wait until the decision comes out, but I think if nothing else we've prevented the secretary from going past January 1st," Wells said. "From our point of view that would be the worst possible outcome. It might be better but we think that would be the minimum that we would get."

Wells and MVA are optimistic — and sensed that the courts were frustrated with VA much like the veterans are.

"We felt the court had pretty much lost patience with the VA," Wells said. "We also felt they were very concerned because Mr. Procopio had been granted his benefits by that same court back in January and still hadn't received his benefits. The judges did not seem very happy about that."

The Procopio v. Wilkie Federal Circuit Court decision reversed a 1997 VA decision to deny that Blue Water veterans were exposed to Agent Orange while serving offshore of Vietnam. The Procopio decision earlier this year meant that the VA should presume veterans who served in the waters off the coast were exposed to Agent Orange at some point during their service, and as a result were eligible for related VA benefits.

Actions in response to that decision have not been taken.

However, while MVA senses the hearing was a victory, they were unsuccessful in one of their other objectives on the Hill.

"We spent a week up here meeting with members of Congress and senators. One group that out and out refuses to meet with us is the House Veterans Affairs Committee Majority staff," Wells said. "They're upset at us because we have criticized their actions in passing a bill that caused the confusion and allowed the stay that forced us to go back to court. Well, okay, fine. Don't care. They need to stop acting childish and they need to meet with us and we need to go on from there."

Claims can be submitted now

While the stay is currently expected to continue until Jan. 1 — but now no further — claims for benefits can be submitted now.

VA has said Blue Water veterans and their families are "encouraged" to submit their claims for conditions related to Agent Orange. Veterans 85 and older, or "with life-threatening illnesses" will have "priority in claims processing," VA said. So, while VA will not begin processing claims until 2020, they can still be processed and prepared before that date.

About 77,000 Blue Water veterans have previously submitted claims and been denied, VA leaders said. They must file a new claim. Eligible survivors of deceased Blue Water Navy veterans can also file claims for benefits based on their veterans' service.