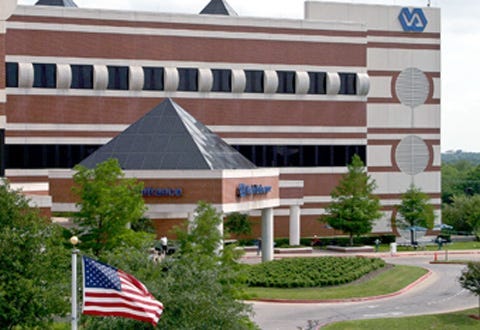 For nearly two years, the North Texas VA Healthcare System in Dallas went without a gynecologist, relying on a single nurse and funneling women veterans outside VA for basic care, a watchdog report shows.

For more than 22 months -- from February 2017 through December 2018 -- the Dallas VA's Women Veterans Health Program "had an extended gynecologist vacancy," according to a report released by the VA Office of the Inspector General (OIG) Thursday.

One nurse "provided care within her scope of practice" but "many women" veterans were referred to community care providers outside VA because there was no VA gynecologist, the report said.

"In some instances, women veterans were required to travel more than 50 miles for appointments," investigators said in their report.

The North Texas VA system cares for the fourth largest women veteran population in the country, treating about 13,000 women vets.

After the hospital filled the vacancy, the new gynecologist and the nurse who had been filling in had to share a licensed vocational nurse from another area to serve as the required chaperone during gynecology exams. This meant only one gynecology exam could be performed at a time, according to the report.

The nurse who was filling in was also required to perform "ancillary administrative duties that further reduced availability for women veteran appointments," the report said.

After allegations of "deficiencies" at the Dallas VA, investigators discovered a lack of designated women's primary care providers "assigned and trained" to provide gender-specific care for women vets.

Beyond the shortage of doctors and other staff trained to care for women, the report found the VA struggled to recruit staff, the hospital lacked necessary supplies and equipment, women's care providers were burdened with too many patients and patient appointments were too short to get women the care they needed.

Women veterans also were not guaranteed restroom access, the report found, since hospital leaders, including the manager of the Women Veterans Program, failed to ensure that construction and renovation projects didn't interfere with space for women veterans.

During inspections at the hospital, investigators found “limited to no access” to women’s restrooms in clinical areas.

Women veterans receiving care in an exam room would have to change out of their gowns back into their clothes, walk through a public area to access restrooms and then come back and put their gowns back on, the report said.

The VA hospital also did not track the care women veterans were forced to get outside VA, the report found, despite documented difficulties, such as appointments being canceled because of problems getting medical records from VA.

Investigators reviewed five months of records for women veterans who had abnormal gynecological test results in 2018. Of those, more than a third were referred to care outside VA and community doctors did not receive medical records for more than half of them.

"Prolonged vacancies and inexperienced staff" led the VA to fail to comply with Veterans Health Administration policies and procedures for patient safety, the report said.

The Dallas VA, along with 10 associated community outpatient clinics, is part of the Veterans Integrated Service Network (VISN) 17, which served 130,292 veterans from October 2017 to September 2018. The hospital operated nearly 800 beds. The facility is expected to provide specialty services for women veterans, including mammography and gynecology services.

In the hospital's own self-reported 2018 assessment, fewer than half of women veteran patients were getting gender-specific care from their assigned provider, according to the report.

VA network and hospital leaders said they "concurred" with OIG recommendations to improve, including offering additional training (though hospital leaders did not make the training a requirement), reducing the number of patients to a more manageable number for providers, allowing women's appointments to last longer, if necessary, and working to ensure supplies and equipment are available to treat women veterans, among others.

The North Texas VA Healthcare System covers 38 Texas counties and two counties in southern Oklahoma. Its headquarters is the Dallas VA, with other facilities in Bonham, Fort Worth, Tyler and Plano, along with five community-based outpatient clinics. It has about 5,600 employees and an annual operating budget of $960 million, according to the system's website.

The hospital "continues to support the gynecology specialty clinic by an ongoing monitoring process to ensure appropriate staffing levels. For example, the addition of a full-time gynecologist over a year ago has improved access and quality of care in the clinic," the hospital director said in the report.

Jeffrey Clapper, spokesman for the North Texas VA Healthcare System, told Connecting Vets on Friday, a day after the report was released, that the Dallas VA's lack of a gynecologist for nearly two years as due to a "nationwide shortage of healthcare providers.

"In this instance, the shortage of high-quality women's health providers in the Dallas area was particularly acute," Clapper said. "This made recruiting for the gynecologist position difficult."

System leadership did not say in their responses included in the report whether there were plans to hire more than one gynecologist, but Clapper said there is still only one VA gynecologist on staff in the North Texas system.

There are about 2 million women veterans in the U.S., and the number getting care from VA has more than tripled in the last two decades. Studies show one in four women veterans have experienced sexual harassment at VA facilities.

"The lack of space, privacy, and provider shortages are widespread, and these problems result in inconsistent, inadequate, and insufficient care for our women veterans," Brownley said in a statement to Connecting Vets. "The recent OIG report shines a light on how pervasive the problem is. We owe all of our veterans the highest quality care. As this report points out, when it comes to equity for women veterans, we're clearly falling short. As chair of the Women Veteran Task Force, I am determined to work with my colleagues and Chairman Takano to address these inequities.”

Members of Congress who represent Dallas did not immediately respond to requests for comment.