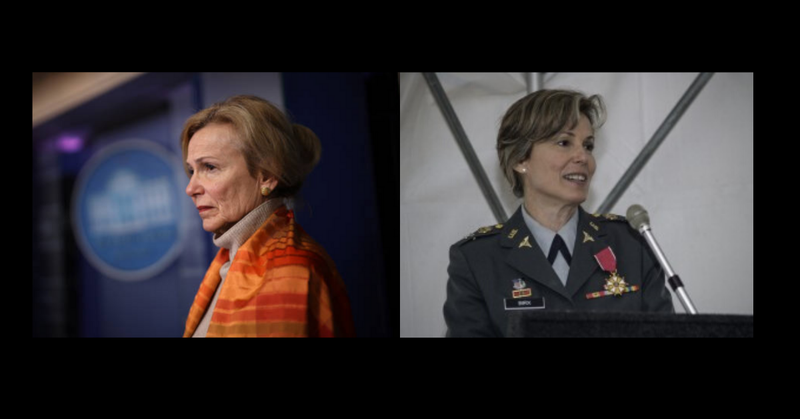 Deborah Birx has become a household face after weeks of nightly White House press briefings during which she speaks as part of the coronavirus task force formed on Feb. 26 to fight the outbreak in the United States.

Perhaps those who have watched Birx command and direct the American public on best practices and CDC guidance from the White House briefing room podium would not be surprised to learn that Birx served in the United States Army for 25 years.

Vice President Mike Pence has called Birx his right arm in the fight against the pandemic. Her formal title as the Coronavirus Response Coordinator has her providing nightly COVID-19 updates from the CDC, the government and operations around the globe.

But before this pandemic, Birx was dedicated to fighting a different disease.

As coordinator of the United States Government Activities to Combat HIV/AIDS and U.S. special representative for Global Health Diplomacy, Birx is a world-renowned leader in the field of HIV/AIDS.

Her career began in 1985 at Walter Reed Army Medical Center. By 1996, she was the director of the U.S. Military HIV Research Program (USMHRP) at the Walter Reed Army Institute of Research. In that role, she led the team that discovered the first supporting evidence to suggest the effectiveness of a vaccine against HIV.

For her work with the DoD, Birx was awarded both the U.S. Meritorious Service Medal and the Legion of Merit Award for her research and leadership within the Army medical field.

Now, fighting COVID-19, Birx often relates aspects of the situation to her lifelong work fighting HIV/AIDS. Beyond her professional dedication to fighting infectious diseases, however, Birx also revealed the personal motivations behind her prevention messaging.

During the 1918 flu pandemic, Birx's grandmother — only 11 years old at the time — brought the fatal flu home to her own mother, Birx's great-grandmother.

"I can tell you my grandmother lived with that for 88 years," she said during the March 25 White House briefing. "This is the message that is important to everybody. This is not a theoretic. This is a reality. You can see the number of deaths that are occurring. We all have a role in preventing them."

Reach Elizabeth Howe on Twitter @ECBHowe
Want to get more connected to the stories and resources Connecting Vets has to offer? Click here to sign up for our weekly newsletter.