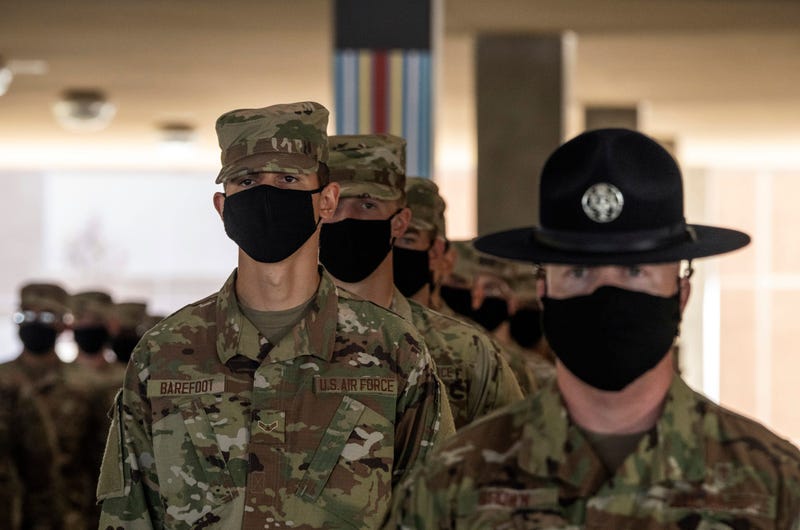 The Department of Defense is soldiering on, so to speak, despite reporting a new record high number of COVID-19 cases almost every day in October.

At the beginning of October, the DoD COVID-19 report -- released on Mondays, Wednesdays and Fridays -- reported 752 new cases of COVID-19 across the force. By the end of October, the increase between reports hit 1,858.

Since these reports are only released three days a week it's unclear what the exact daily increases were. But between almost every report in October, the number of new COVID-19 cases had increased since the last.

In chart form, the spike is clear.

As has been true since the very beginnings of the pandemic, the active-duty component is the vast majority of the DoD's total cases and the demographic largely pushing the spike upward. Since late June, the Army has been in the lead.

The mortality rate among the DoD population has also remained lower than the general population since the beginning of the pandemic, and recovery rates are higher.

This spike in DoD cases mirrors that of the general population in the United States. At least 31 states set their one-day record increase in new COVID-19 cases in October.

And, much like the rest of the country, the DoD is working to continue operations with as much normalcy as possible -- even if those operations do not allow for the preventative measures the Centers for Disease Prevention and Control recommended.

When the pandemic first hit, 20,000 soldiers were preparing to leave the U.S. for Defender-Europe 20. Military leaders modified the rapid deployment exercise to about 6,000 soldiers in order to "safely train." Similar downsizing allowed the annual Pacific Pathways exercise series to move forward despite the pandemic. And around 5,500 soldiers are training at the Joint Readiness Training Center at Fort Polk, Louisiana, "in a protective training bubble while taking regular temperature scans and health wellness checks."

The DoD is also bringing new recruits into the force after briefly pausing the pipeline at the very beginning of the pandemic. According to Army leadership, only 3% of basic trainees across the country have tested positive. If accurate, this could signal an improvement in preventative measures from June when outbreaks plagued Fort Benning and Fort Bragg, to name just two.

The United States has now reported 9.38 million cases of COVID-19 -- nearly 20% of the cases reported worldwide. The virus has resulted in 231,000 American fatalities.

Reach @ECBHowe on Twitter.
Sign up for the Connecting Vets newsletter to get more of the stories and resources we have to offer.