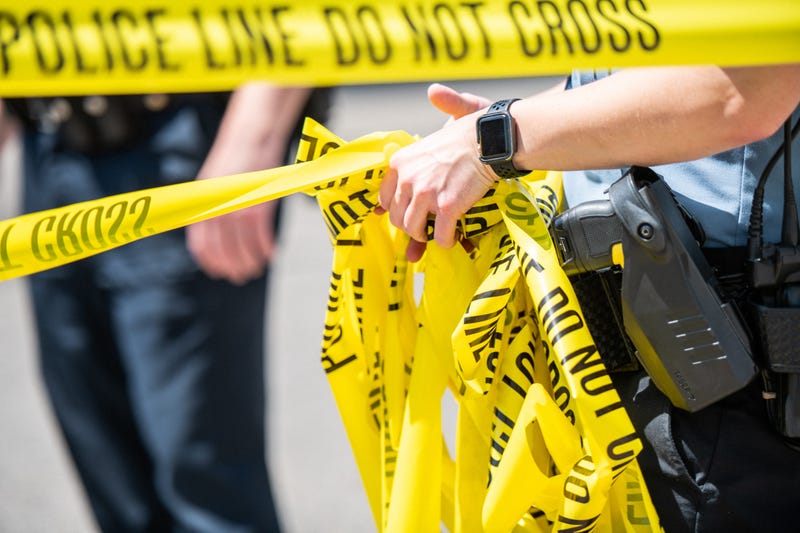 A drive-by shooting on Sunday into a home at Sandpiper Crescent military housing has left a Virginia Beach, Virginia couple grateful for being alive.

“It was the most terrifying thing I’ve ever been through,” Kristianne Parren told the station.

She and her husband Nick, a sailor, were about to go to bed around 1 a.m. Sunday when the shots rang out.

“It honestly sounded like fireworks inside,” she said. “I see dust just fly across the room and stuff all over everything.”

Reward increased for information in murder of Fort Bragg paratrooper

Parren initially thought her husband’s gun had fallen and discharged, but they quickly realized that wasn’t the case.

Someone fired about 35 shots into the home, the station reported.

The rounds came in through the couple’s bedroom and traveled through their 8-month-old daughter, Mabel’s, room.

“I look in here after I grab my baby and there’s gunshots a foot away from where my baby had just been sleeping,” Parren told the station. “It’s the worst feeling that I’ve ever had.”

Some of the shots also went through the walls of their living and dining rooms.

A cell phone video Parren took on Monday shows at least 10 bullet holes, marked with evidence letters by police, in Mabel’s room, according to the Virginian-Pilot.  The closest bullet hole was about a foot away from the crib.

Parren told WAVY that officers said it appeared the person who fired the weapon was targeting a neighbor’s vehicle. She said forensics investigators also said a high-powered rifle may have been used.

“If the window wouldn’t have stopped it, he would’ve gotten hit in the abdomen. If it had happened half an hour earlier, my daughter and I were pacing right through here,” she said.

A spokesperson for Lincoln Military Housing says they’re working with police.  The couple plans to move out of the home.

“How do we know that this couldn’t happen again?” Parren said.

Police have not reported any arrests and say this is an active investigation.

Anyone with information is asked to call the Crime Line at 1-888-LOCK-U-UP.