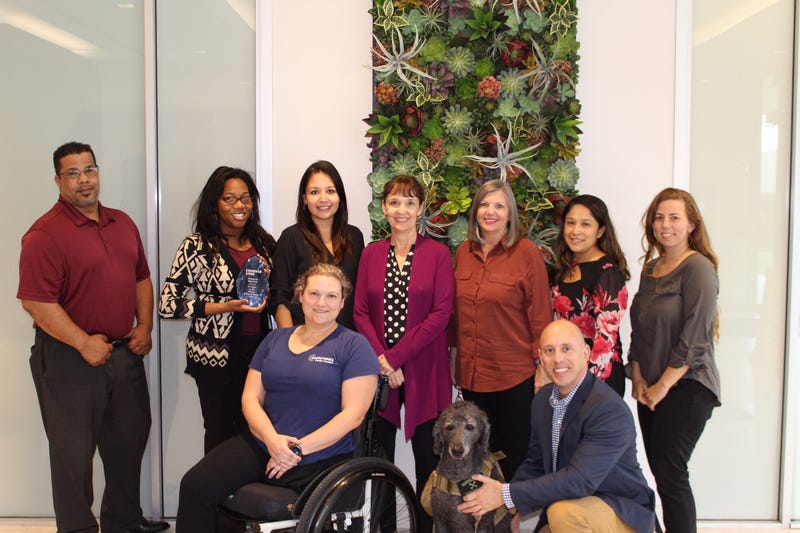 When you think Easterseals, the first thing that probably comes to mind is the non-profit’s 100-year track record of assisting people with disabilities. But, did you know that the organization provides a wide range of services that support veterans and their families as well?

Williams, who has been with the organization for about a year, is a retired Air Force veteran who served in the JAG Corps.

“It’s so important to support our veterans and their families,” she said. “We honor the service of our veterans.”

Williams called Easterseals a “go-to resource” that fosters a sense of community for veterans and their families similar to what they experienced when in the military.

Army vet Tim Stroud said it was that sense of community that initially drew him to Easterseals of Greater Houston. Calling his brothers and sisters who wore the nation’s cloth his “tribe,” Stroud said the military has an amazing culture that those who haven’t served often don’t understand.

“When you get out, you really go back to a foreign society,” he said. “You’re looking for your tribe.”

Stroud was among the first in his unit to return from Iraq in the early 2000s. While speaking at a friend’s funeral, he said he heard a calling to help veterans and their families connect with one another.

“Veterans deserve nothing less than a launch pad for success,” he said.

To help veterans create their new “tribe,” Stroud organizes volunteer opportunities so they and their families can connect through shared experiences.

“These events reach veterans where they are,” he said.

Easterseals also provides case management services with one-on-one mentors and support groups. The support Air Force vet Sid Sosa received from such groups when he was connected to Easterseals New Hampshire was critical in helping him when he returned from Afghanistan a decade ago.

Sosa, who immigrated to the US from the Dominican Republic, didn’t have a support system available to him and didn’t even get a chance to celebrate his safe return when his ex-wife told him she wanted a divorce during the early days of his homecoming.

“It was right from one battle into another,” he said.

In addition to the emotional turmoil caused by the divorce, Sosa also experienced health issues and financial setback and essentially ended up without a home. That’s when his command referred him to Easterseals New Hampshire. Sosa said he and his care coordinator immediately clicked and created a plan that got him “out of the hole.”

“We became friends,” Sosa said of the relationship that he developed with his care coordinator. “When they say the program is where you’re at, they mean that literally. He was able to help me define my goals and re-start my life.”

Sosa returned to school, earned his degree and now works as a care coordinator for Easterseals New Hampshire himself.

“We are literally saving lives,” he said.