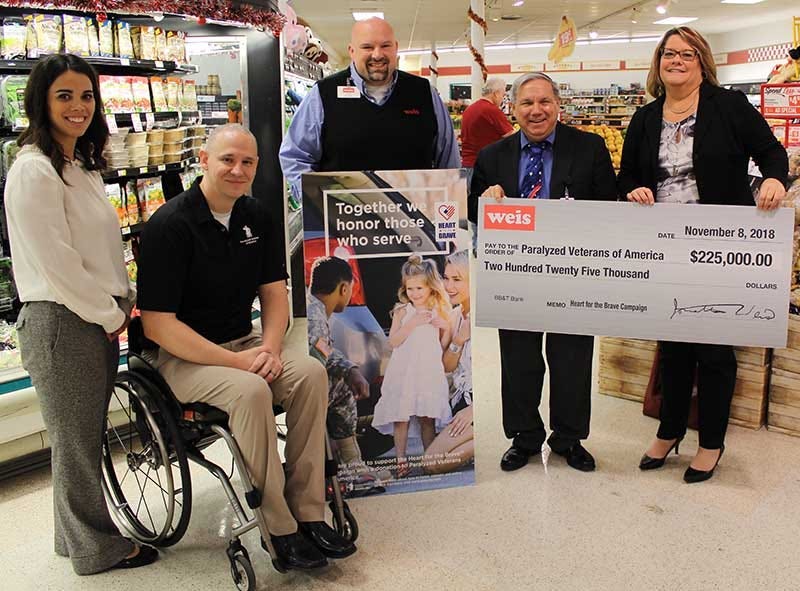 Our Employer of the Week series features one company each week that has made a commitment to hiring and supporting veterans. This week’s employer is Weis Markets.

The vast supermarket chain operates 203 stores across seven states throughout the mid-Atlantic region, with most of them in Pennsylvania and Maryland. What many might not know is the supermarket’s history of giving back to the military community, which starts from the top.

The late chairman of Weis Markets, Robert Weis served in the Army Air Forces during WWII, which eventually gave birth to the U.S. Air Force we know today. But even Mr. Weis himself isn’t the only veteran face behind the supermarket. The company is part of the Veteran Jobs Mission coalition and has pledged a commitment to hiring veterans at all levels of the operation.

"We encourage veterans to apply with us, and we try to fill any position available with veterans. It's critically important to us to support that," said Vice President of Advertising, Marketing, and Public Relations Ron Bonacci.

In addition to having service members work behind the scenes, Weis Markets serves the military community in many capacities, one of them being supporting veteran service organizations.

For the past two years, Weis Markets has supported Paralyzed Veterans of America (PVA) through their Heart for the Brave Campaign. PVA is one of the many organizations dedicated to wounded service members. They offer job training, organize adaptive sports events, and help caregivers. In just two years, Weis Markets has raised almost $400,000 for Paralyzed Veterans of America, allowing them to continue to sustain the great programs they offer veterans.

“Part of what we do is giving back to the community we serve,” said Dennis Curtin, Director of Public Relations for Weis Markets.

And much of their community, including the associates who work there, are still serving.

“We have a number of people who work in the Army Reserves and National Guard,” said Curtin.

After the September 11 attacks, Weis Markets made arrangements to help supplement the income of those Guard and Reserve members who were called up to serve.

Curtin says, “We understood the challenged for these associates, the disparities between the National Guard income and what they were making in the private sector.”

Most recently the supermarket has announced two other ways they’re supporting the veteran community. On Thursdays, active-duty and veterans can receive a 10 percent discount on all Weis Brand products. 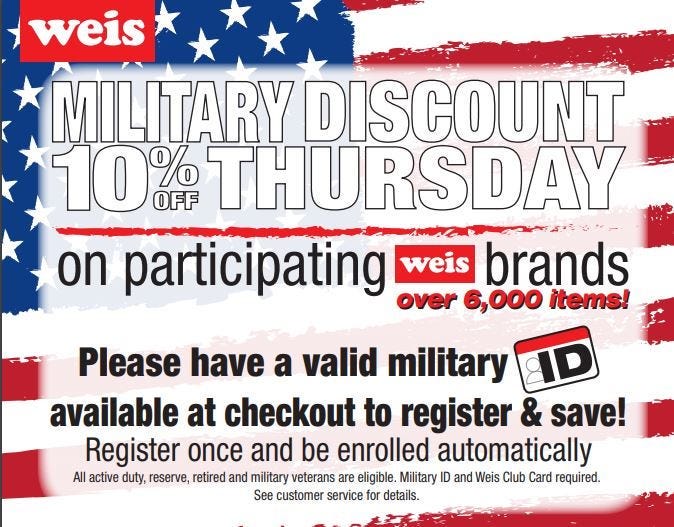 "They definitely support veterans — through hiring, through in-store discounts, and through support for veteran organizations," said Kurt Prill, a veteran Weis Markets employee.

To find more about Weis Markets and their support of the military community, check out their Hello to Our Heroes page.