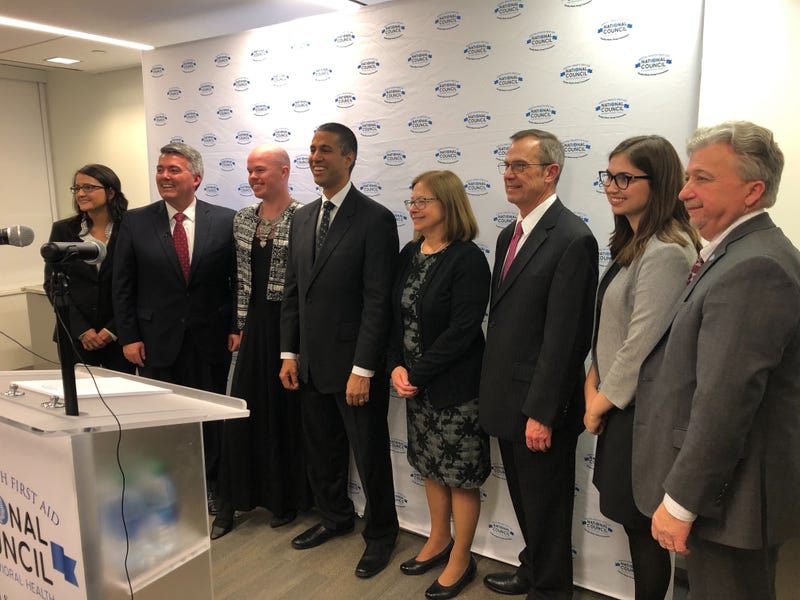 A lifeline that could save countless veteran lives is one step closer to finally happening.

“This crisis is disproportionately affecting at-risk populations,” Pai said. “Twenty veterans die by suicide every day. Between 2008 and 2016, there were more than 6,000 veteran suicides each year.”

The FCC's official recommendation to create the three-digit hotline was originally made this past August, following a report that showed a three-digit number would improve access for those in crisis. The number's similarity to 911 hopes to significantly incresae the hotline's effectiveness.

With Tuesday’s announcement, Pai’s proposal was shared with FCC colleagues for review in preparation for a December vote. For veterans, the hotline also provides access to specialized help, thanks to the FCC's coordination with the Department of Veterans Affairs.

"This is absolutely our number one priority within VA — to prevent veteran suicide, to work with veterans and their families, and we are very grateful to the FCC and to Congress and everyone else who has worked on this national 988 proposal," said David Carroll, executive director of the Office of Mental Health and Suicide Prevention at VA. "It's a terrific opportunity to provide ease of access and, as several speakers have said, clarity in that moment of crisis so someone can easily reach out and get help. We look forward to the opportunities that this presents for us."

Just like with the current suicide prevention hotline, veterans can press 1 after dialing 988 for specialized support and counseling including text and chat functions. That same line currently answers an average of 1,800 to 1,900 calls a day — 3.5 million calls since it was launched in 2007. The 988 could also help to make these specialized resources more widely available to other disproportionately affected populations like the LGBTQ community.

“When we make it easier for people in need to seek help, many will do so,” Pai said.

For more information on potential warning signs of suicide, click here.
RADIO.COM’s I’m Listening initiative aims to encourage those who are dealing with mental health issues to understand they are not alone. If you or anyone you know is struggling with depression or anxiety, know that someone is always there. Additionally, the National Suicide Prevention Lifeline is available 24 hours a day, 7 days a week at 1-800-273-8255. Veterans, service members or their families also can text 838255 or go to veteranscrisisline.net.