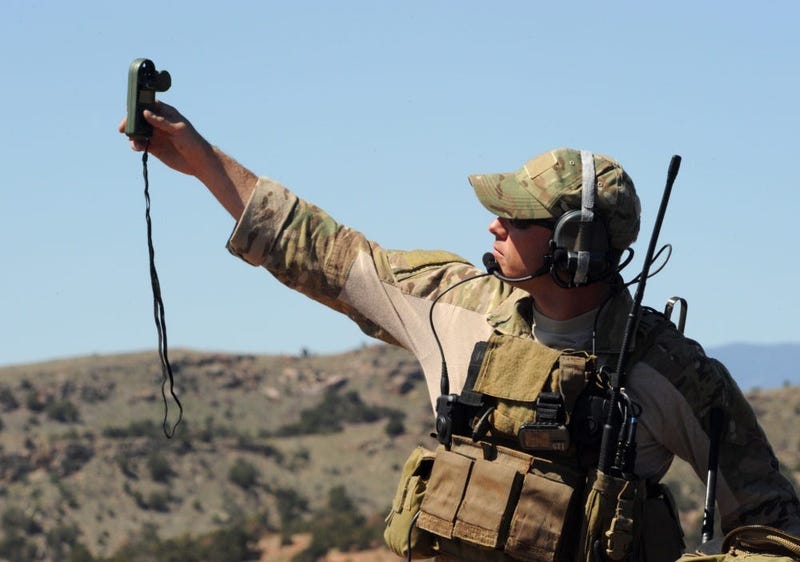 The unidentified female has completed both basic military training and the special warfare prep course. Next up is assessment and selection or A&S.

RELATED: Let's get some things straight about women in the military

In total, seven enlisted women have attempted TACP training, one has attempted pararescue training, and one is now attempting weather training. So far, no female has succeeded — the pararescueman candidate was injured during the first week of training and is expected to make a second attempt.

Lt. Gen. Brian Kelly, deputy chief of staff for manpower, personnel, and services commented on the high attrition rates for special operations career fields in a written statement before the Senate Armed Services subcommittee. Between 40 to 90 percent of special operations candidates do not succeed, depending on the specific field.

"The training programs for these career fields simulate austere combat conditions and thus are physically, psychologically, and emotionally demanding," said Marilyn Holliday, chief of operations at AETC Public Affairs headquarters. "These men and women are required to perform under the toughest operational and environmental conditions for extended periods of time. The training syllabi rely on progressively increasing pressures on the candidates to assess their ability to adapt and persist beyond their normal endurance limits."

"There is no way to tell when we’ll see our first woman complete training since every individual is unique. With that said, there is no getting around the fact that meeting the stringent standards to become a Special Warfare Airman is tough for any person, regardless of gender. The physical, mental, psychological, and motivational requirements to become a Special Warfare Airman are incredibly challenging. Only a small percentage of those Airmen interested in these career fields will be able to meet all of the requirements," Holliday added.