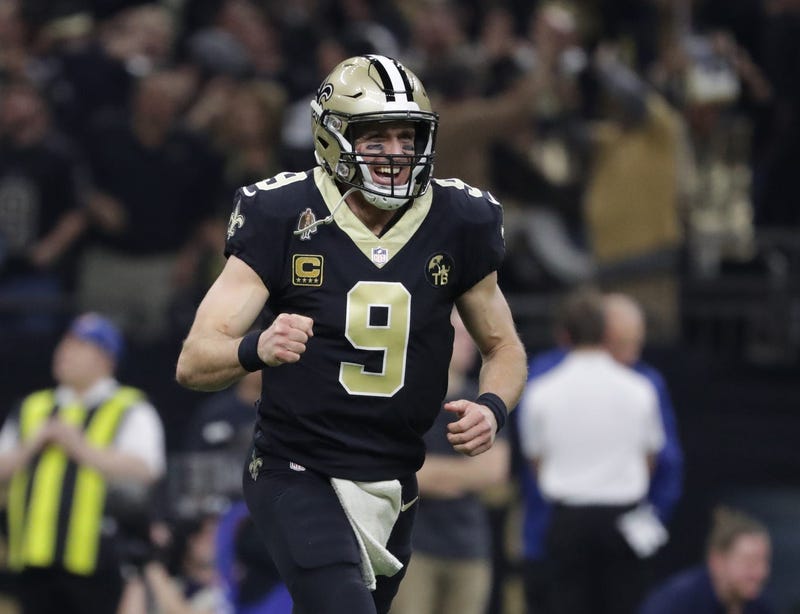 Larry Fitzgerald, Drew Brees and Travis Kelce are among NFL stars rewarding military veterans with trips to the Super Bowl.

Through USAA, they will be joined by Christian McCaffrey, Kirk Cousins, Case Keenum, Falcons coach Dan Quinn and former Browns great Joe Thomas in honoring the veterans for their service.

Fitzgerald is bringing Army Lt. Jameson Lopez to Atlanta. Lopez was responsible for coordinating more than 300 combat missions with the Iraqi and Kurdish security forces.

“Teaming up with USAA and The Pat Tillman Foundation to honor military veterans this year has been a very rewarding experience for me, first with My Cause My Cleats, and now with a Super Bowl ticket giveaway,” Fitzgerald said. “I had the opportunity to meet Jameson Lopez earlier this year and I’m happy to be able to help send him on a trip of a lifetime to the Super Bowl.”

Brees, teaming with the USO, is rewarding a Saints fans, hardly a surprise. Retired Army Sgt. Patrick Gray won several medals for his work in Afghanistan.

“As a lifelong Saints fan who has served our country for 20 years, this is simply a small way to say thank you,” Brees said.

Kelce’s recipient of a Super Bowl trip is former Army Sgt. Patrick Benson, a Bronze Star winner who founded the nonprofit War Horses for Veterans after he left the service.

“Sgt. Patrick Benson first served his country in the Army and now he continues his service by helping fellow veterans as they return home,” Kelce said. “In honor of his service, I am pleased to award, with the help of USAA and the VFW, a trip to the Super Bowl to Sgt. Benson.”

Quinn, a recipient of the NFL’s Salute to Service Award, worked with TAPS (Tragedy Assistance Program for Survivors) to honor Zachary Boland, a marine private who passed away in 2016.

“Zachary Boland made the ultimate sacrifice, passing away during training, but his commitment to our country lives on courtesy of his father Bob, who served in the Army, and his brother Nathaniel, a current Marine,” said Quinn. “It’s a special privilege to team up with USAA and TAPS to award Bob and Nathaniel a trip to the Super Bowl.”